Australia’s Broc Parkes put down a marker for the fastest riders in Asia by topping test times in all but the first of five sessions at Sepang during the inaugural official outing for ARRC’s ASB 1000 class.

Showing the speed and consistency expected of one of the world’s top endurance racers over the two-day test, Parkes put in his best time of 2:06.075 in the relative cool of Wednesday’s early morning session, leaving his Yamaha Racing Asean team-mate, Yuki Ito, to fend off the rest of the field. Ito was able to get within seven tenths of the Australian to claim the second fastest time, just ahead of Kawasaki Thailand’s Thitipong Warakorn and Azlan Shah Kamaruzaman, who quickly got the hang of the ONEXOX TKKR SAG BMW to record a best lap of 2:06.950.

While test times point to Round 1 glory being decided between these four riders, there is plenty of room for improvement elsewhere in the field. The CBR 1000RR of Honda Dream Asia’s Zaqwan Zaidi did well at this power circuit to record a fifth best overall time of 2:07.107 and is guaranteed to give his best at this first of two home rounds. Indonesia’s Ahmad Yudhistira was sixth, and the fastest privateer on the Victor Racing Yamaha.

Yamaha Thailand’s pairing of 2018 SS600 champion, Ratthapong Wilairot and 2016 AP250 champion, Apiwat Wongthananon, can both be expected to improve when Friday’s official practice gets underway. Chaiwichit Nisakul steps onto the international stage for the first time for Kawasaki Thailand after good showings in the last two seasons in the Thai superbike series, though will need to work on his pace over full race distances to get close to podium contention.

BMW isn’t the only European manufacturer making its ARRC debut. Access Plus Racing Philippines are fielding two Ducati Panigales for Timothy Joseph Cua Alberto and Switzerland’s Jonathan Serrapica. While these two were some way off the pace of the leaders, the Italian machinery is drawing plenty of attention to the championship. 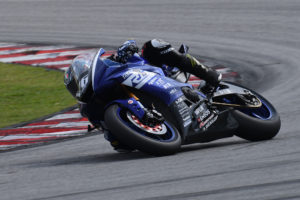 With ASB 1000 replacing SS 600 as ARRC’s premier class, a field of ambitious under-25s began the fight for supremacy at Sepang. Yamaha Thailand’s Peerapong Boonlert, another endurance racing exponent, got the better of Musashi Boon Siew Honda’s Helmi Azman to head the overall rankings with a best lap of 2:11.105, which was 0.279 faster than the 2018 UB 150 champion was able to manage at his home track.

Kasma Daniel Kasmayudin, Andi Farid Izdihar, Azroy Hakeem Anuar and Adam Noroddin were all within one second of Peerapong, while Ramdan Rosli led another five riders, including 2018 AP 250 champion, Rheza Danica Ahrens, who got to within two seconds of the Thai around the 5.542 kilometres of Sepang’s full circuit.

With Peerapong and Helmi already showing the swagger of potential champions, Andi, Azroy, Kasma Daniel and Ramdan Rosli having already proved their SS 600 mettle when it was the senior class and Rheza getting used to the extra 350cc, podium places will be as hard fought as ever. 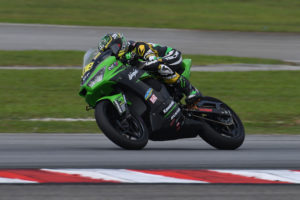 Manual Tech KYT Kawasaki’s Andy Muhammad Fadly was quickest in all five sessions of this week’s official test. The 19-year-old Indonesian, who is starting his third season in AP 250s, has shown speed from the outset, though inconsistency and disciplinary issues dogged his results early on. Fadly scored his first podium in Round 3 last year in Australia and for the rest of season showed that he had learned how to put a full race together.

Only two riders were able to get onto his pace: AP Honda’s Muklada Sarapuech and the latest prodigy to emerge from Astra Honda’s talent factory, Lucky Hendriansia, who showed his senior team-mates, Awhin Sanjaya and Irfan Ardiansiah, a clean pair of heels.

What is abundantly clear from the entry lists is that Fadly and Muklada have been tasked with winning the championship by their respective teams. Both are as tough and feisty as they come and already have a history of on-track conflict, so they both need to keep it clean and avoid dropping places and points through misconduct as Race Control monitors their every twitch. Lucky won’t care about any of that and will add to the spectacle with his own turn of speed and self-belief.

Elsewhere, Cao Viet Nam leads the charge for Honda Racing Vietnam, as the team steps away from Sharol Yuzy after years under the care and attention of the Malaysian legend. Sethu Rajiv is joined this year by Senthil Chandrasekaran at Idemitsu Honda India. Both riders did well to get within 4.3 seconds of Fadly’s time around the full Sepang circuit. Taiwan’s United Oil is fielding Chiou Ke-Lung this year, while two Thai-British teenagers, Stewart and Kevin Johnson, aged 16 and 14 respectively are racing two distinctive yellow Kawasakis for BRP Racing, which is headed by former 250 GP racer and Moto2 crew chief, Ben Reid. The bikes are at Sepang in stock trim in order to acclimatise the riders to Sepang and to racing in one of the world’s most fiercely contested junior classes. 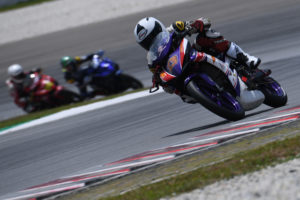 UMA Racing Yamaha’s Akid Aziz kept the edge as one of the biggest ever underbone fields took to the track in the two-day test at Sepang. The 2017 champion’s title defence never really got off the ground last season, but the Malaysian appears to have hit reset with a performance that showed strong pace in all five sessions in which he took to the track. He clocked a best lap of 2:34.016. 2016 champion, Wahyu Aji Trilaksana, was just 0.142 slower, but did not have Akid’s consistency.

However, with underbone racing more a sport in its own right than a mere class, the usual Malaysian and Indonesian stars find themselves facing formidable competition from UMA Racing Yamaha Philippines, which has the popular Mckinley Kyle Paz, who was third quickest at the test and his team-mate, Fernando Masato, looking for the big prizes. Meanwhile, Hi Rev SCK brings back Travis Hall, now 14,  from Australia and introduces 13-year-old Japanese sensation, Gun Mie, who was sixth fastest, with a time of 2:34.650.

Racecraft is what separates winners from the rest in underbone racing, so practice times are much less of an indicator than in the other categories, so you may as well cut out the names from the entry list and draw them out of a hat. Better still, watch and enjoy one of world motorsport’s most thrilling spectacles.