Marcel Schrötter takes the lead during the wet FP1 round but is Iker Lecuona who manages to register the best time of this Friday during FP2 also thanks to the improved track conditions.

Again, FP1 and FP2 gave us two very different rounds due to changes in track conditions. In the ‘morning’, Marcel Schrötter registered the best time on the wet track; while on FP2 dry track Iker Lecuona managed to win over the current World Championship leader Francesco Bagnaia, just before the rain came back, stopping the riders earlier than excepted and freezing the ranking.

The first round of FP for the intermediate category, during the first rainy day, ended with a leading Marcel Schrötter, followed by Alex Marquez, Steven Odendaal and the local rider Tetsuta Nagashima. The Spanish rider suffered an awful accident just before the chequered flag: he was taken to the Medical Center on a gurney. Apparently, Marquez only got a minor injury to the left arm, but he had to be taken to the hospital after FP2 for further checkups.

Track’s conditions were initially much better compared to other rounds and all riders, even those who stayed in the pit lane during FP1, decided to make the best out of the last few minutes. Sam Lowes suffered a violent crash and had to be taken to the Medical Center to do some preventive checkups, but he seems to be fine. During the last few minutes of the round, the rain came back again and froze the ranking. Iker Lecuona closed FP2 with the best absolute time, an excellent 1:52.159, ahead of Francesco Bagnaia and Augusto Fernández. Miguel Oliveira got the 6th place, around half a second from the top of the ranking. 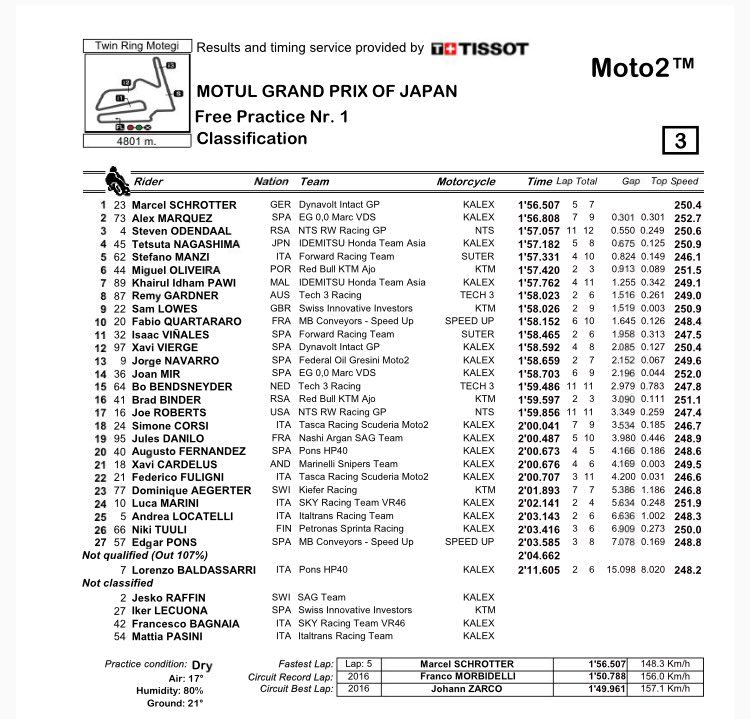 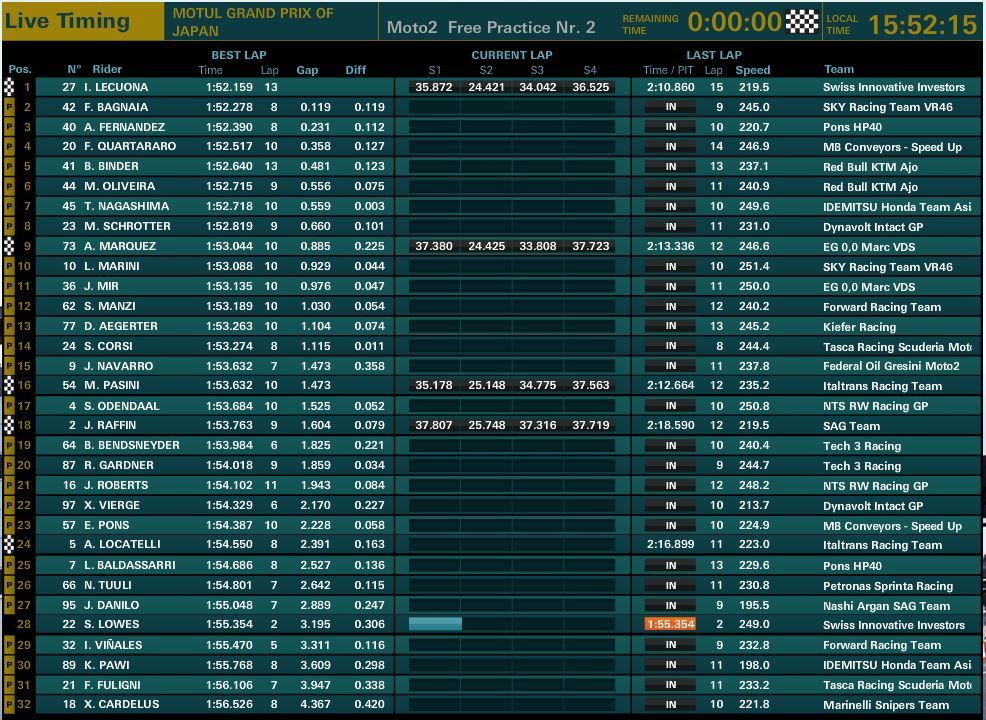