Francesco Bagnaia closes the second round of FP with the top position, closely followed by Alex Marquez and Brad Binder.

Second free practice at MotorLand Aragón ends with the victory of the current World Championship leader: Francesco Bagnaia immediately took the lead (even though the best absolute time remained in Marcel Schrötter’s hands), concluding the race ahead of Alex Marquez and Brad Binder, while Miguel Oliveira got the 6th place.

In just a few minutes, Bagnaia managed to gain the head of the ranking, ahead of the fellow countrymen Locatelli and Corsi, while Oliveira finished with a 4th place. A little after, the wild card Morais had to stop at Turn 9 for some technical issues on his bike. In addition, Lecuona and Kent crashed, luckily with no serious consequences for the two riders.

The head of the ranking doesn’t change: Francesco Bagnaia remains the leader, with Alex Marquez closing just a few hundredths behind him and Brad Binder taking up the 3rd place. Andrea Locatelli follows, ahead of Simone Corsi and Miguel Oliveira. Xavi Vierge got the 7th place, followed by Fabio Quartararo, Jorge Navarro and Sam Lowes. 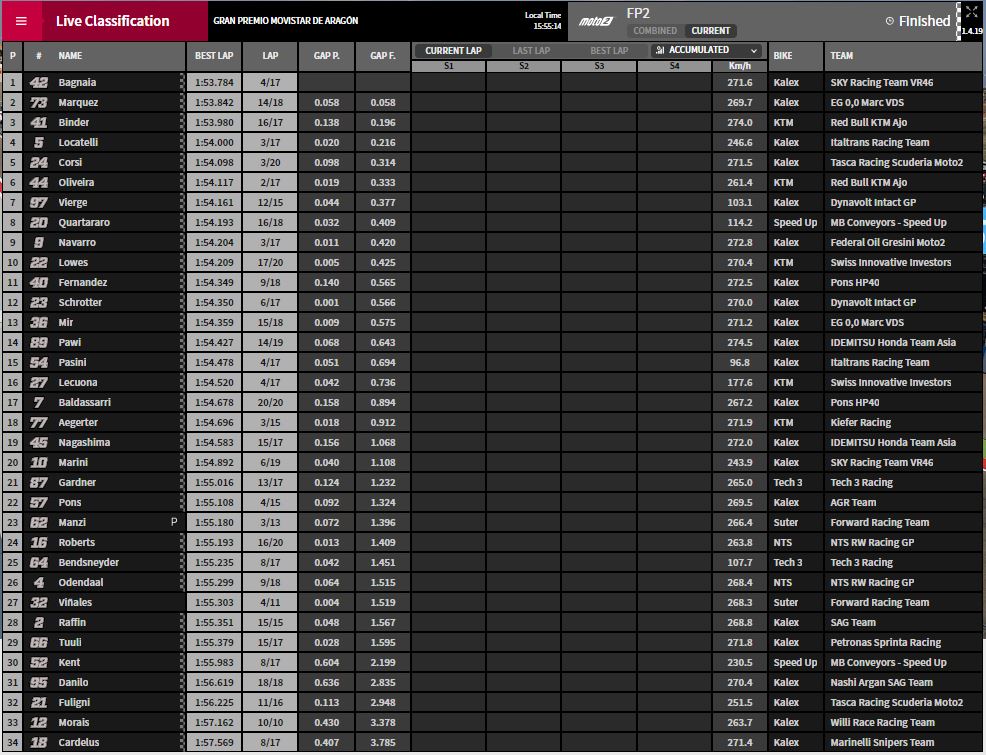