After closing FP1 on top Marcel Schrötter managed to register an even quicker time, winning also FP2 ahead of Francesco Bagnaia and Mattia Pasini. The best KTM belongs to Miguel Oliveira, but he finished just outside the top ten.

This second round started with Schrötter immediately taking the lead, closely followed by an all-Italian trio made up of Francesco Bagnaia, Mattia Pasini, and Romano Fenati. This has been a hard day for all the riders, with an average temperature of more than 30° C, but they still managed to improve their times compared to FP1. In the morning, only Schrötter completed a lap under 2:04, but this afternoon many riders did the same, registering times very close to each other: we have to go all the way down to the 20th position to find the last rider with a gap of less than 1 second from the head of the ranking.

The German rider of the Dynavolt Intact GP Team ruled this round, leaving Francesco Bagnaia and Mattia Pasini two tenths behind him. Alex Marquez finished 4th ahead of Fabio Quartararo and Jorge Navarro. Rookies Romano Fenati and Joan Mir got the 7th and 8th place, while Lorenzo Baldassarri e Simone Corsi filled up the last positions in the top ten. 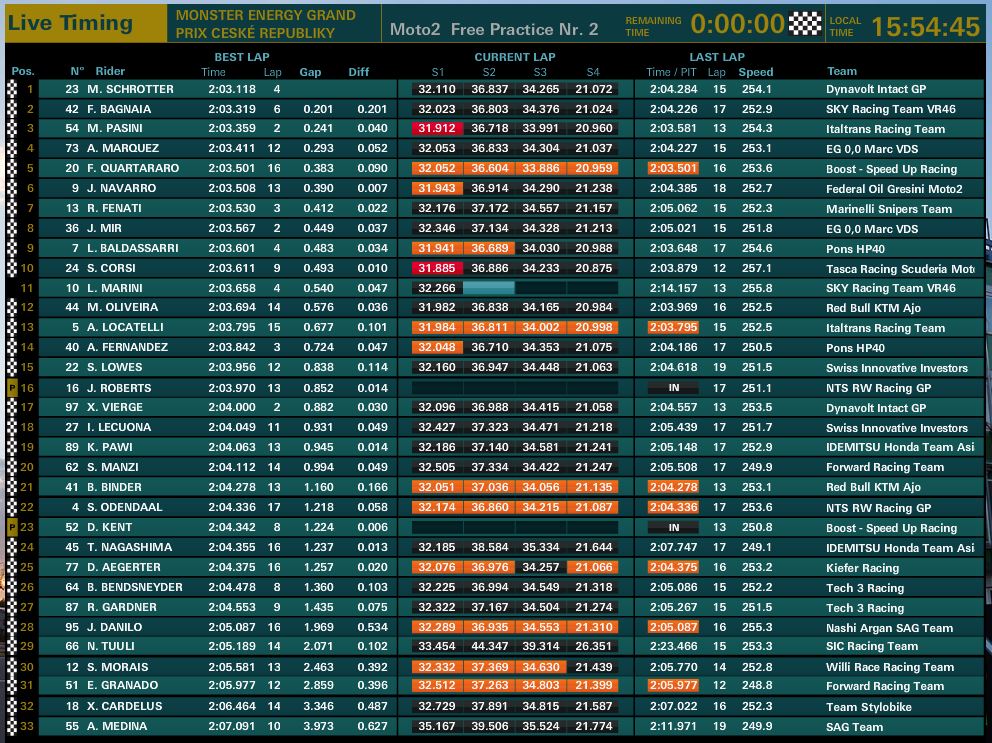