Despite a final crash, Marcel Schrötter managed to end his FP2 with the best time ahead of Francesco Bagnaia and Mattia Pasini.

Even though he fell right before the end of the round, Marcel Schrötter still managed to end the second round of today’s FP with the best time, a whole tenth ahead of the current World Championship leader Francesco Bagnaia and Mattia Pasini, in a round that gave us again 17 riders with very short leads in between one another, all ranked in less than 1 second.

Despite the adverse weather forecast, the circuit remained dry and the Moto2 riders could finish their second round of FP with no rain-problems. Navarro fell almost immediately, while Pasini and Bagnaia kept the first two positions in the ranking for a long time until Schrötter overtook both. Lowes fell again, after the violent highside in FP1. But the head of the ranking Schrötter wasn’t luckier, as he fell at the chequered flag.

At the end the German rider of the Dynavolt Intact GP team got the 1st place, ahead of Francesco Bagnaia and Mattia Pasini, while the EG 0,0 Marc VDS riders Joan Mir and Alex Marquez got the 4th and 5th place respectively. Italian riders Luca Marini, Simone Corsi, and Lorenzo Baldassarri follow them. Augusto Fernandez and Dominique Aegerter filled up the remaining positions in the top 10 ahead of Miguel Oliveira. 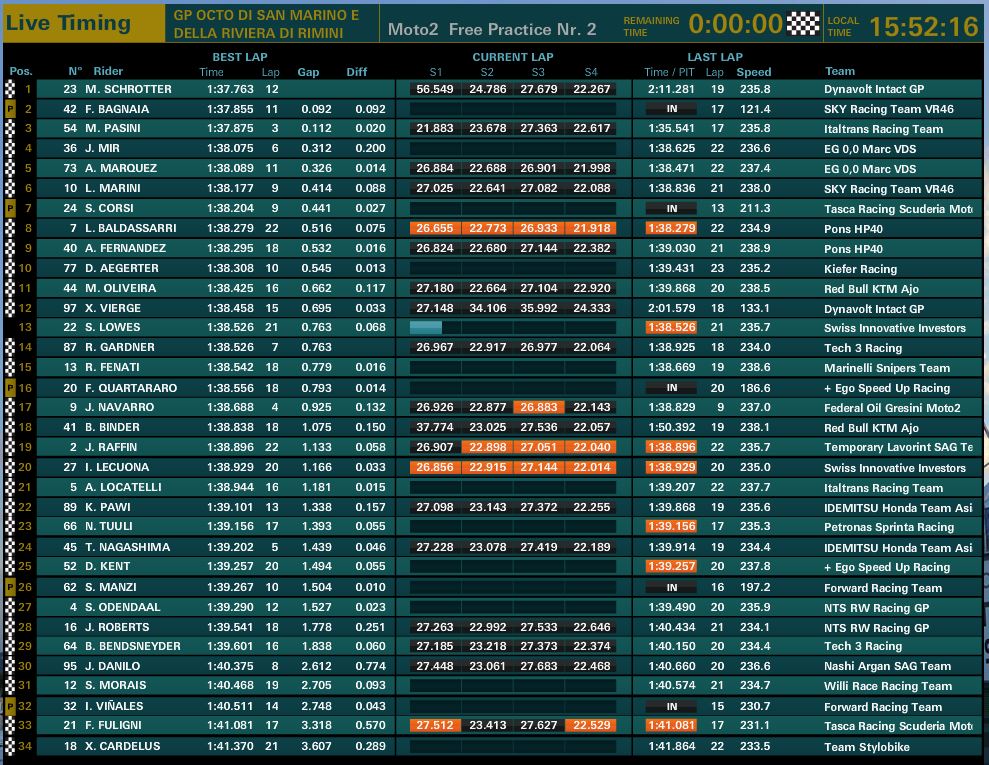