Francesco Bagnaia managed to get the pole position despite the uncertain conditions, eventually winning over Remy Gardner and Alex Marquez.

The Moto2 riders gave us an amazing battle for the first position on the starting grid: in the end, the World Championship leader Francesco Bagnaia managed to win, and he will kick off tomorrow’s GP from the leading position on the starting grid for the 4th time this season (the second time in a row). His main rival on the World Championship ranking, Miguel Oliveira, only got the 23rd place. Remy Gardner and Alex Marquez took up the remaining positions on the front row, while Luca Marini, Mattia Pasini, and Romano Fenati got into the top 10.

The track was half-dry but some parts were still completely wet. The Moto2 riders were warned to be extra careful during this Qualifying round. In the beginning, Marquez took the lead but during the second half of the round, there were many changes in the top positions, changes that included the local rider Lowes too. Corsi fell, while the rookie Fenati experienced some technical issued (later solved) on his KALEX and had to push it back to his pit lane.

The battle for the pole position only ended at the chequered flag, when Francesco Bagnaia won the leading position ahead of Remy Gardner and Alex Marquez. Marcel Schrötter will be opening the second row next to Luca Marini and Fabio Quartararo. Mattia Pasini got the 7th place, followed by Iker Lecuona and Sam Lowes, while Romano Fenati took up the last position in the top 10. 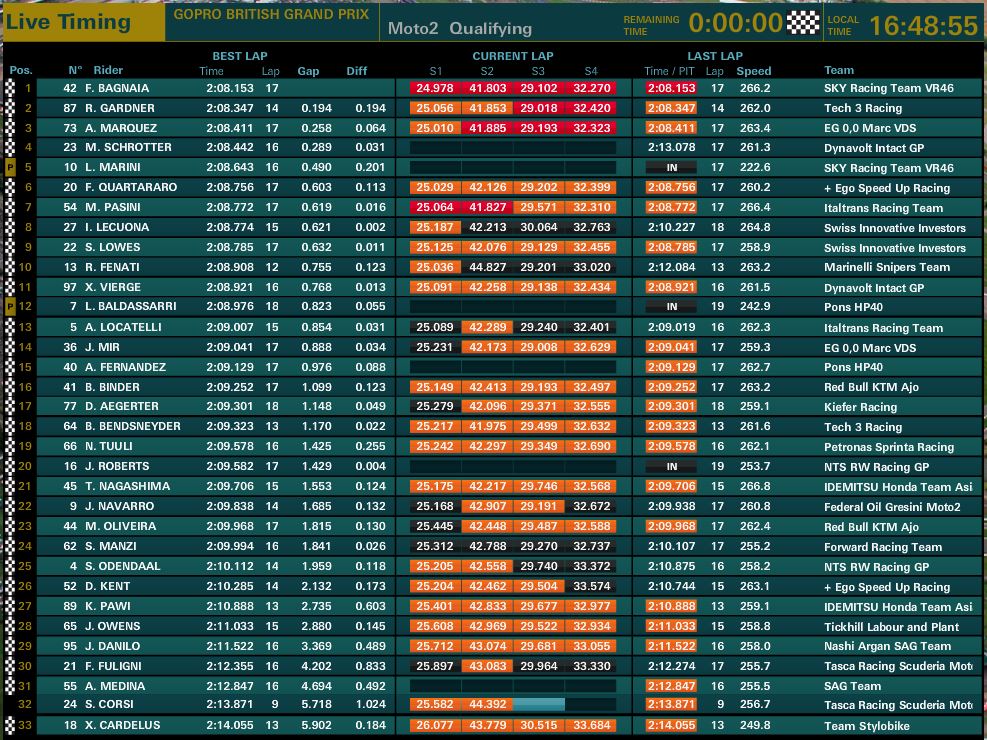