Jorge Martín leaves his unmistakable mark at MotorLand Aragón. Marco Bezzecchi and Enea Bastianini step on the podium too, both after receiving a penalty and performing excellent comebacks.

After an extraordinary pole position, Jorge Martín kicked off amazingly and started making a long series of very quick rounds that gave him a large advantage over his rivals. He ruled the whole race all the way up until the chequered flag, climbing up the World Championship ranking too. As for the remaining podium’s positions, we witnessed a fierce battle that eventually rewarded Marco Bezzecchi (now 13 points behind the Del Conca Gresini’s rider) and Enea Bastianini.

Many penalties have been eventually given today, so the starting grid was completely different from the one defined by yesterday’s Qualifying. Dennis Foggia had to start from the pit lane, while here you are the other riders’ new positions: 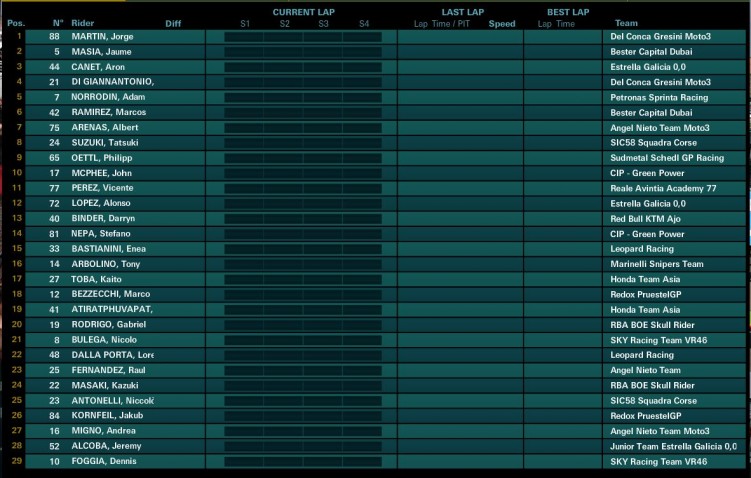 Martín showed us a great kick off, and he immediately took the lead of the race in order to leave a large margin from the following riders, initially led by his teammate. Bezzecchi, his main rival for the title of World Champion, soon climbed back up to the top positions even though he couldn’t reach the leading Spanish rider. Bastianini performed an amazing comeback too, as he managed to reach the 3rd place just behind his fellow countryman. Ramírez, Di Giannantonio and the other riders in the top 10 closely followed him to keep short leads from one another. On the contrary, Canet lost many positions as he was still recovering from the crash in Misano but fell again these days, injuring his shoulder. Eventually, just 8 laps before the end, the rider had to withdraw from the race.

During the last two laps, we also had two other crashes, starring Niccolò Antonelli and Gabriel Rodrigo: before the fall, the latter was fighting to win a step on the podium. Jorge Martín crossed the finish line first with a great solo performance, gaining a clear-cut victory after leading the whole race. This win served Martin’s cause an showed his main rival, Marco Bezzecchi, his strength. The latter is now 2nd but further away from the 1st place in both the race and the overall World Championship ranking (13 points behind the Spanish rider). Enea Bastianini gained the last podium’s step, ahead of Fabio Di Giannantonio, Marcos Ramírez, Tatsuki Suzuki, and Albert Arenas. Adam Norrodin, Jaume Masiá and John McPhee filled up the remaining positions in the top 10. 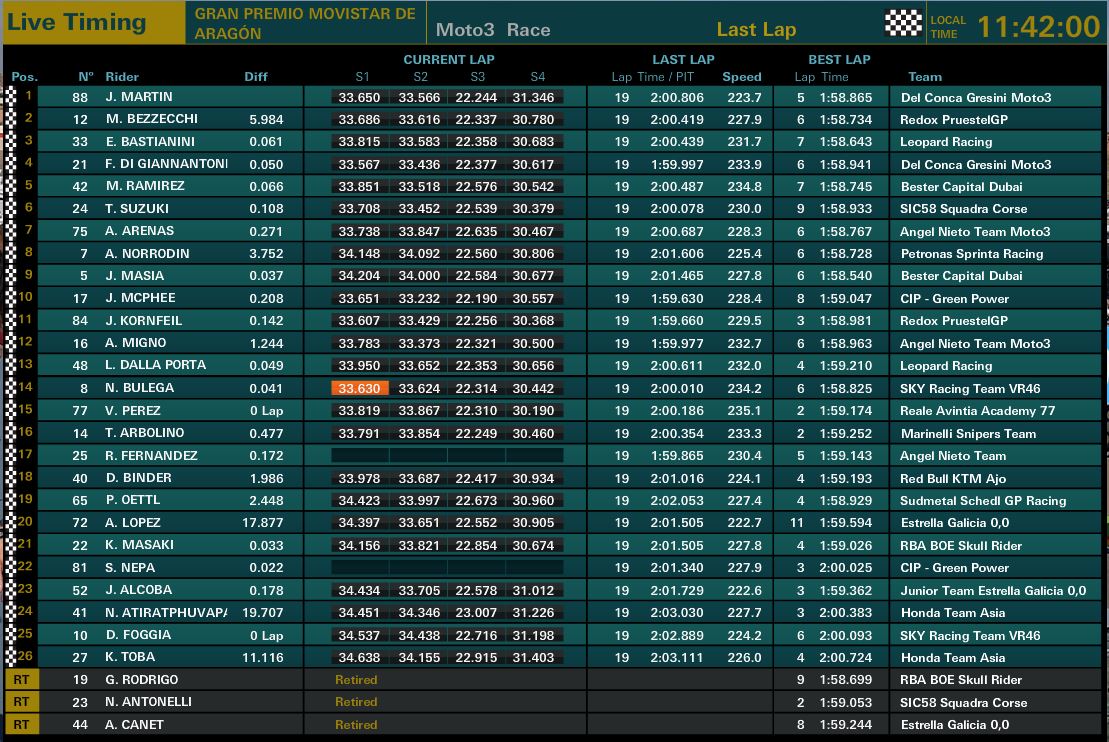 Moto3: Aron Canet unhurt after being run over by a car