Jorge Martín conquers the pole position again: the Spanish rider will kick off ahead of Marcos Ramírez and Enea Bastianini, who finished only 6 hundredths after.

Seeing Jorge Martín in the first position of the starting grid has become a habit: the forerunner of Del Conca Gresini team didn’t disappoint and got another pole position. Together with him on the first row, there will be Marcos Ramírez and Enea Bastianini. The Moto3 Race will be on Sunday, starting at 11 AM.

We didn’t miss some crashes in this round: first is Bezzecchi, soon after followed by a highside for Dalla Porta, and then Canet’s and Toba’s falls. The latter seemed in a lot of pain and was taken to the Medical Center for checkups. Martín led most of the round, but the positions behind him changed many times. The final assault saw many riders involved in the fight for the remaining best positions on the starting grid.

The head of the ranking didn’t change: the king of the pole is still Jorge Martín, winner of the 1st place ahead of Marcos Ramírez. But there will be something Italian too, with Enea Bastianini in the 3rd place. Jaume Masiá will be opening the second row, followed by Aron Canet and Tony Arbolino. Marco Bezzecchi finished 7th ahead of John McPhee, Ayumu Sasaki, and Fabio Di Giannantonio. 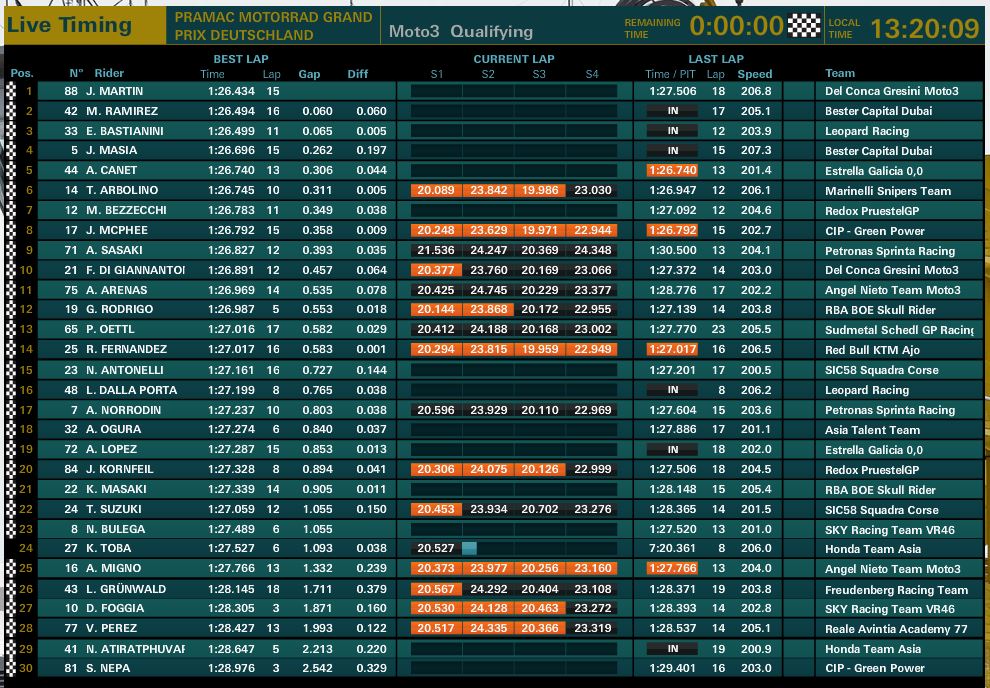