Headline, Insights, Most Important, MotoGP
2 weeks ago by Paolo Schmutz
0

LCR Honda opens its 2021 MotoGP season with the presentation of Alex Márquez. Here are the colours of the RC213V that the Cervera rider will drive in.

The second MotoGP year begins for Alex Márquez, this time with LCR Honda. Lucio Cecchinello’s facility today presented its new driver for the 2021 season. An interesting livery, paired with a clear objective. “We want to get on the podium several times” declared both the two-time world champion from Cervera and the boss of the HRC satellite team.

A DREAM THAT CAME TRUE

“LCR has a great history, the goal is to achieve good results together.” Alex Márquez is energized for this new challenge in the premier class, this time starting from more experience accumulated in his debut year. But there is also time to talk about the past, the beginnings. “I started racing at the age of five,” he recalls. “But you certainly don’t think about becoming a professional driver as a child. You start to consider the idea when you join the Spanish championships: you start thinking that this is the job you would like to do.” The Cervera rider has also become world champion, twice between Moto3 and Moto2.

Did he expect it? “You don’t think about it as a child … It seemed something too big, a good dream.” A dream come true, certainly not without difficulty. “There are hard times, but it’s part of this job: they have to be accepted, they help you get stronger. Then when the podiums arrive, the victories are even more beautiful.” How many changes between intermediate class and MotoGP. “Especially the use of electronics, but also the tires, the bike … It’s another world, a good step forward. This year I will live my second year and I still have a lot to learn, but I will be in a professional team that can teach me a lot.”

ABOUT THE UPCOMING SEASON

“Now of course I feel more ready,” he said. “Twelve months ago I was nervous, unsure of my position or goals. Now I have clearer ideas on what I need to improve.” Targets? “Growing up, then we will try to repeat the podiums. We have to become more consistent and always try to win important points“. Among the many things, he does not forget the best race. “Valencia 2014“ he says without hesitation. “It was the last race and we were fighting for the title. There was a lot of tension between me and Miller. It was a special race.”

Focusing on the livery of the new season we can see green and blue parts and in the middle the main sponsor, GIVI, on a red background. Tomorrow LCR Honda will present Takaaki Nakagami with his bike at 10 a.m. (CET Time) on their Facebook page. 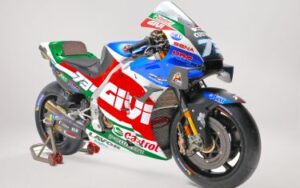 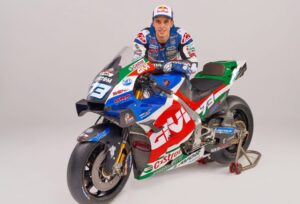 MotoGP, Qatar Test 2021: the complete program with dates and times

MotoGP, Pramac Racing 2021, here are the Ducatis of Zarco and Martín

MotoGP, is the future of the Gresini Racing team at risk?

MotoGP, the messages from the paddock to Fausto Gresini