Quartararo wins the Doha GP in comeback. During the last lap, Zarco gets the second position over the MotoGP rookie, Martin. Sparks between Miller and Mir.

Fabio Quartararo wins the second MotoGP race of the season. He was eighth after the start but managed to pass everyone and win the GP. During the last lap Johann Zarco passe the rookie, Jorge Martin, and gets the second position. A lot of sparks between Miller and Mir, who touch each other many times and both lose a lot of positions. In the end

At the start, Oliveira bounces 4th behind A.Espargaro, while Yamaha and Suzuki prefer to handle the tires. Rins manages to pass Zarco but the French rider wins the battle. After 10 laps, in the back, Morbidelli is stuck in the middle of the classification, with the official KTMs and the Hondas. One lap later, Aleix Espargaro falls in seventh position while Bagnaia passes Rins for the third position.

During the 13th lap, Miller and Mir start battling hard. Mir pushes Miller out of trajectory and passes him. Going out of the last turn Mir gets back on trajectory and collides with Miller. They lose three positions while behind Marquez falls. Bagnaia slips 7th after trying to pass Quartararo for the 3rd position. During the 17th lap, Quartararo passes both Zarco and Martin. After gaining the first position the Frech detaches from the group and wins. In the end, Miller finishes 9th, losing positions by Mir and Binder.

A great win in comeback for Quartararo. Not as good as for the officials is the race of Yamaha SRT. Rossi is stuck in the last positions, while Morbidelli finishes 12th between Honda and KTM. 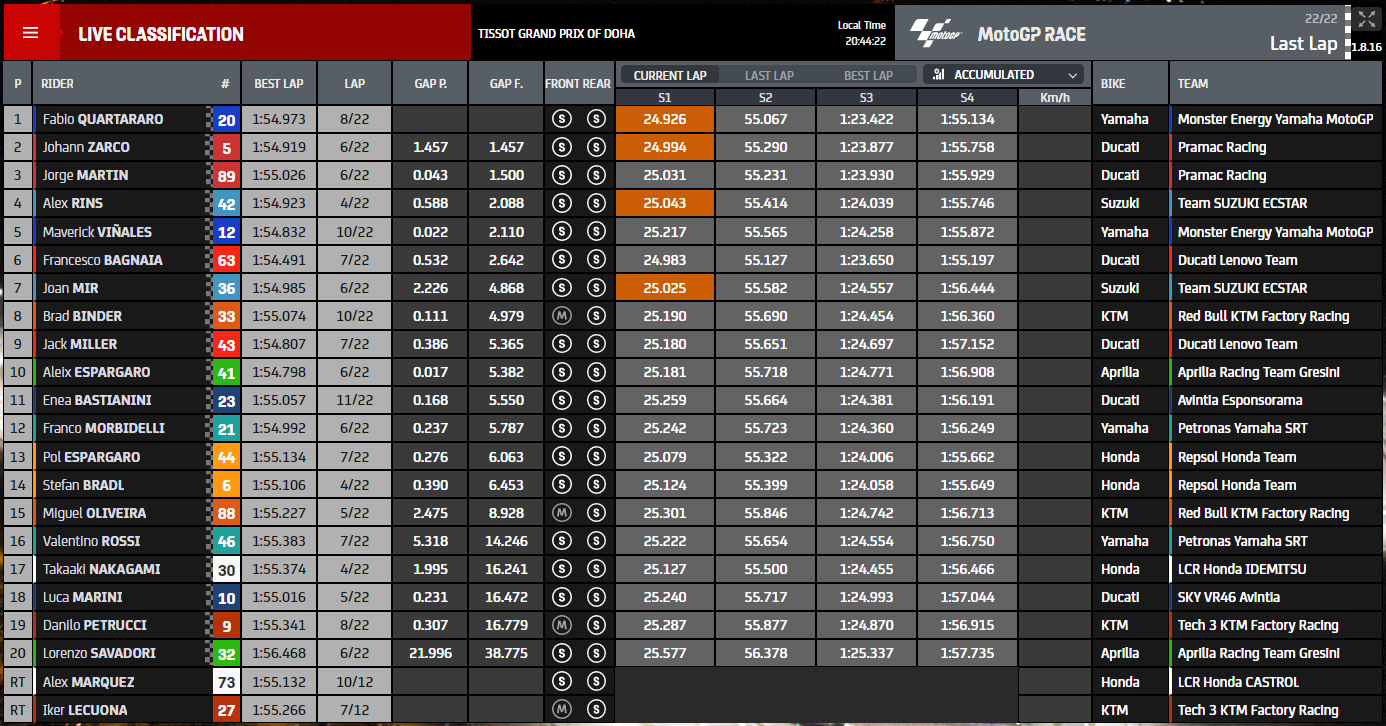