The red arrow leading the ranking on the first day in Portimao. It is Francesco Bagnaia, who places his Ducati in front of everyone in the afternoon of free practice, followed just 38 thousandths by Fabio Quartararo‘s Yamaha. Third and fourth place for the Suzuki MotoGP champion Joan Mir and Alex Rins, sixth is Marc Márquez with a good risk in the final moments … Takaaki Nakagami also goes back to the top ten, restarted after a good accident during the session, while ‘Taxi Miller‘ rescues Zarco, who at the very end is full due to a problem with the engine of his Desmosedici. 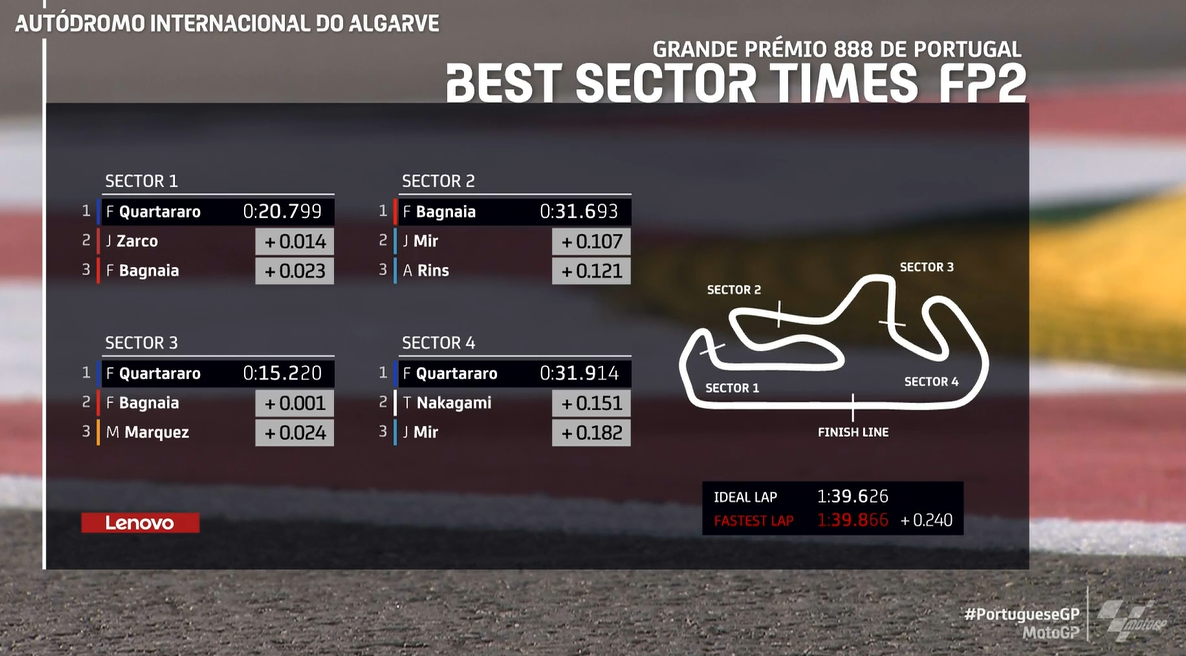 The rain that appeared during the Moto3 FP2 stops shortly before the start of the second MotoGP session. Not even the time to leave, however, and we have the first accident. A big bang for Nakagami before Turn 1, precisely on the change in elevation shortly after the starting grid. The LCR driver appears sore and they take him immediately to the Medical Center for checks, but fortunately, there does not seem to be any serious consequence, as we find him on the track in the last 10 minutes.

The ranking that sees Suzuki, Yamaha, Ducati, Aprilia, the KTM is driven by the home rider Oliveira alternate in command. On the scoresheet the fastest times so far. Even if we are still far from the chronometric references set in the 2020 season. In the final minutes, Aleix Espargaró also falls at turn 11 (without consequences). Marc Márquez risks big in the course of his last fast lap, and then go back up to 6th place. Leading the checkered flag is Francesco Bagnaia‘s red. Johann Zarco‘s D16 leaves him on foot. Jack Miller finally gives him a ride to the garage. 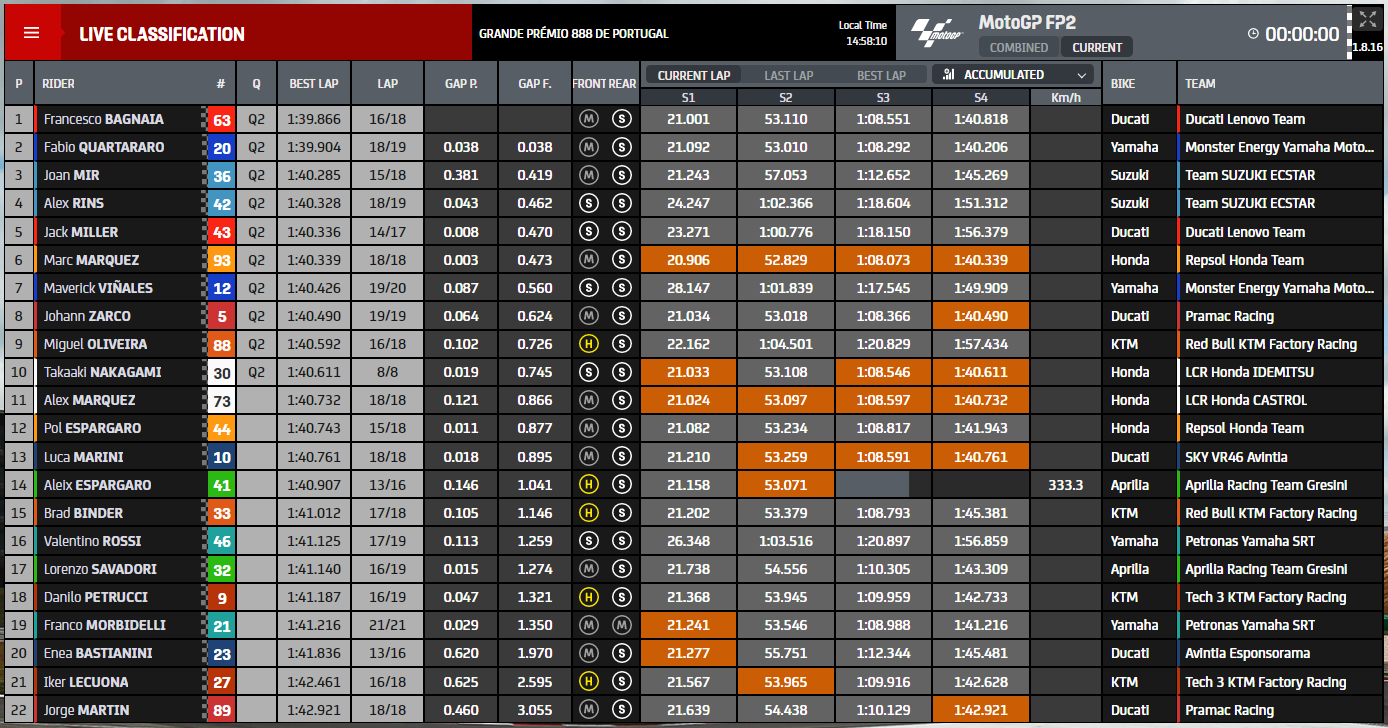