This morning the KTM rider, Brad Binder, finished first the MotoGP FP1 in Jerez. In the afternoon is Bagnaia who gets on top.

Binder and Bagnaia win the two MotoGP sessions of the day. Good work for Marquez and Aleix Espargaro who complete the podium of FP1. In the afternoon, behind Bagnaia, Quartararo is second while A. Espargaro is again in the top three with an interesting pace. Also noteworthy is the return of Rabat to the paddock to replace Martin in Pramac Racing

In FP1 it’s a fight between Aprilia, Yamaha and Ducati until a KTM comes out. Brad Binder placed the best time of the first free MotoGP races at the end of the race, overtaking the Aprilia driven by Aleix Espargaró by just under two tenths, for a long time at the top of the time standings. Third place for Marc Márquez in front of Pecco Bagnaia and the provisional leader Fabio Quartararo, best rookie Lorenzo Savadori, who closes this first session in 13th position in Jerez.

A red shines at the end of Friday’s MotoGP free practice in Jerez. Francesco Bagnaia sets his seal on the first day on the Andalusian track. He sets the best time in front of the current leader Fabio Quartararo and Aleix Espargaró’s Aprilia. Which showed a rather interesting pace. Franco Morbidelli 4th is also highlighted, for the moment the reigning champion Joan Mir, Jack Miller and the Repsol Honda duo are out of Q2. At the end of the day, Marini finishes on top of the other rookies, in 15th position.

Tomorrow we will come back on track at 9:55 a.m. with the third free practice of the weekend which will decide who gets directly into Q2 and who will have to fight for the first position in Q1. 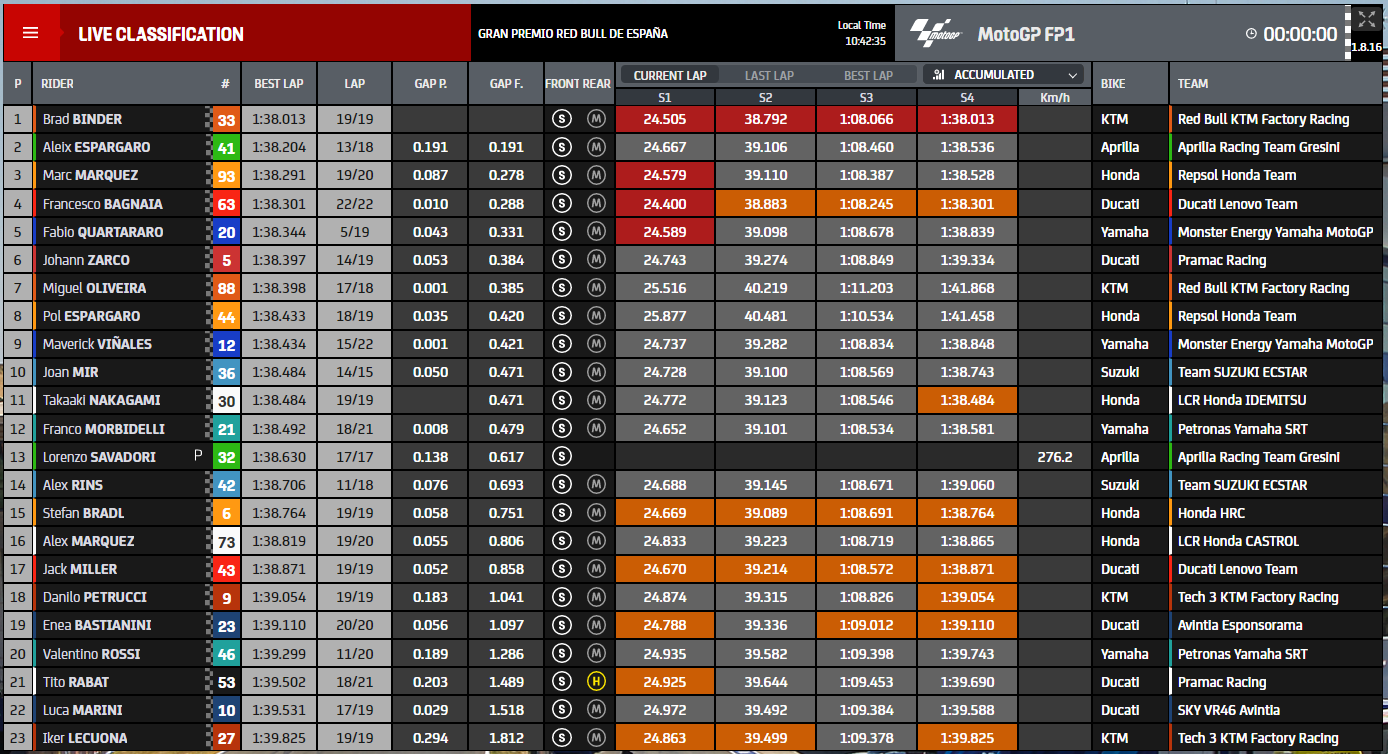