Headline, Insights, Most Important, MotoGP
May 1, 2021 by Paolo Schmutz
0

The return to the 2020 chassis seems to coincide with a return of confidence on the RC213V. Takaaki Nakagami talked about it at the end of free practice on Friday and the best time stamped in FP3 is confirming it. The LCR Honda rider stands out in the last round to decide the top ten in Q2, followed by MotoGP leader Fabio Quartararo and wild card Stefan Bradl. The top 3 of a list of 21 riders in just 9 tenths. On the report also a high-speed accident at turn 7 for Marc Márquez, with heavy damage fortunately only for his Honda. At 14: 10 the two qualifying rounds start. 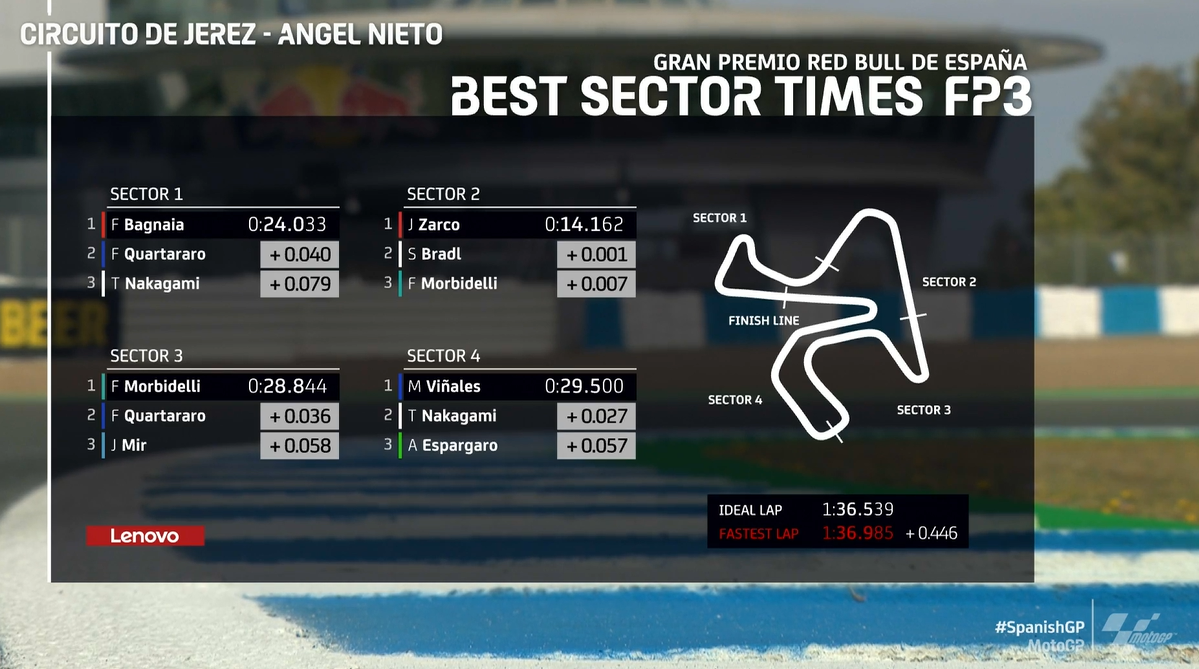 Penultimate MotoGP free practice session and last round useful to secure the top ten in terms of qualifying. Mir, Miller and the HRC duo in the first place are immediately energized in search of this goal. After a few minutes, we see a bad crash for Binder at the Pons corner. The good news is that the South African driver returns to the box on his legs without consequences. The reigning champion and Marc Márquez showed up soon, while in the second part of the session Quartararo provisionally set the best time of the weekend.

The beginning of an increasingly tighter chase for the top ten also sees Miller‘s rise to the top positions. Without forgetting the charge of the 2020 vice-champion Morbidelli, who continues to be in the high areas. But in the final minutes the ‘battle’ starts. The ranking is rewritten almost every second, while we have a frightening high-speed crash at turn 7 for Marc Márquez. The RCV is destroyed, but at least the pilot is whole. Fly instead Takaaki Nakagami, who closes with the best time of the three rounds! Just 25 thousandths of a second is the Yamaha led by Fabio Quartararo. An excellent result also for Stefan Bradl third overall. 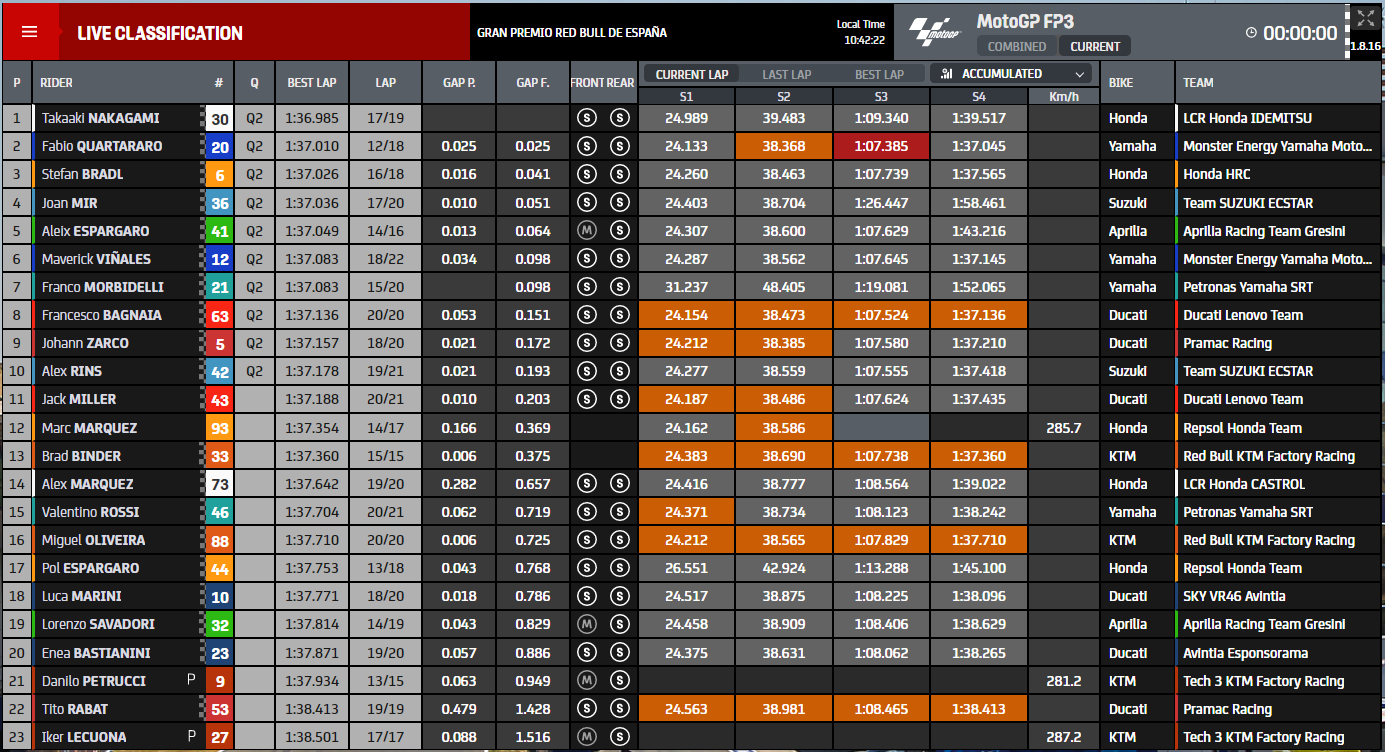 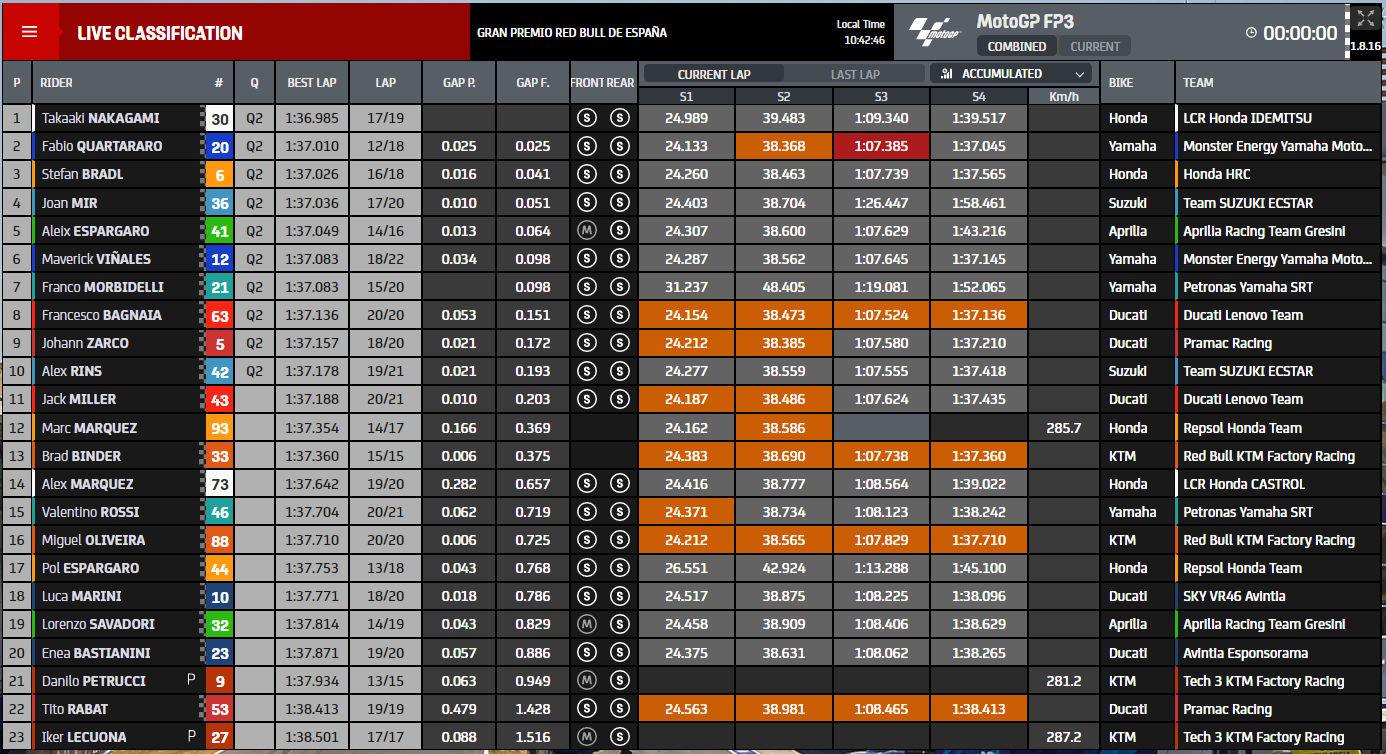