Andrea Dovizioso closed the first round of FP as the uncontested leader, registering the best absolute time ahead of Crutchlow and Zarco. Dani Pedrosa managed to take the lead during the wet FP2 round.

The first two rounds of FP this Friday took place in two very different contexts: nonetheless, Andrea Dovizioso left his mark on this first day at Motegi, despite the fact that FP2 conditions were more difficult due to the wet track. At the end of the second round, with improved but still not perfect conditions, Dani Pedrosa managed to take the lead. To be noticed also two wild cards in this Japanese GP category: for the 7th year in a row, the local rider and Yamaha tester Katsuyuki Nakasuga appeared on the starting grid (riding an M1 with a special graphic made for the R1’s 20th anniversary); but the Suzuki Sylvain Guintoli test driver also showed up on track, riding a 2019 R&D GSX-RR.

FP1 gave us some great activity, thanks to the dry track and Andrea Dovizioso’s great result with his 1:45.358 that placed him ahead of Cal Crutchlow, Johann Zarco and Marc Marquez. The second round of FP started in completely different conditions, with a very wet track due to the previous heavy rain. During the first half of the round, only 10 riders tried out the track, while most of them decided to stay in their pit lanes and wait for improvements.

During the last few minutes, as track conditions slowly improved, some more riders decided to give it a go using soft slick tires. Eventually, Dani Pedrosa took the lead with an amazing 1:48.136, followed by Scott Redding (half a second behind). Danilo Petrucci, Jack Miller and Johann Zarco also managed to stay less than a second behind the Spanish rider, but the rest of the riders finished much later. 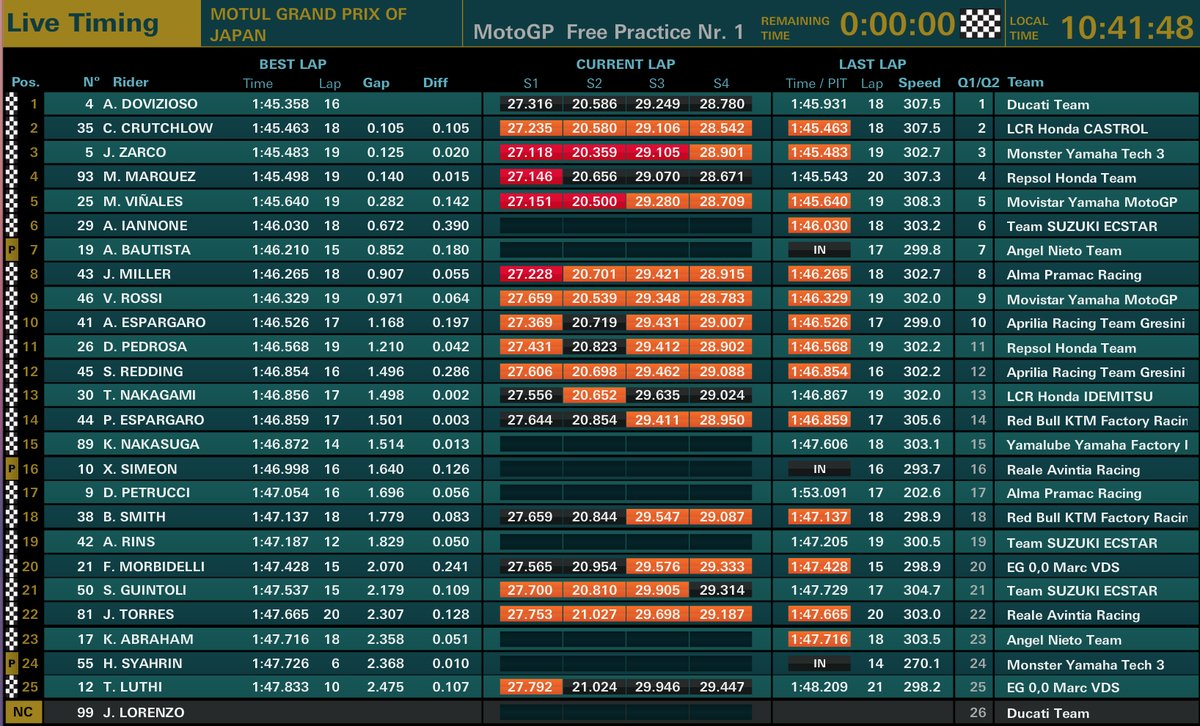 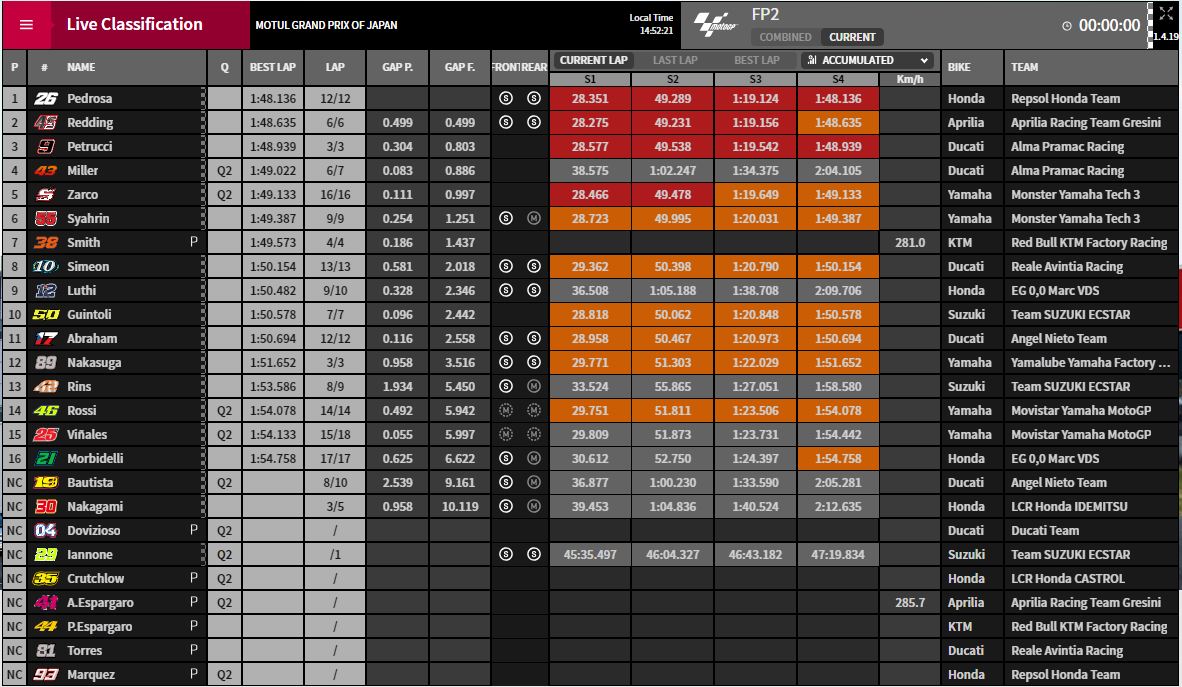 MotoGP, El Diablo wins in comeback. Zarco and Martin behind him

MotoGP, Marc Marquez returns: on Thursday he will be in Losail