Ducati is in a good mood for the FP2 in Qatar. Jack Miller is the fastest, followed by Francesco Bagnaia and Johann Zarco

The second and last round of Friday in Qatar is in the sign of Ducati. Jack Miller sets the reference time, but behind him there are also Francesco Bagnaia and Johann Zarco. The only ‘discordant note’ in the top 5 is Fabio Quartararo, as rookie Jorge Martín grabs a great fifth place and he is directly in Q2. Stefan Bradl is the only Honda rider present in the top ten. The reigning MotoGP champion Joan Mir, on the other hand, is out of Q2 again, he will have to compete in the first qualifying round.

Temperatures were different from the first free ones, consequently, times drop considerably. It is an important round, everyone will push for the top ten and therefore direct access to the second qualifying round on Saturday. Bagnaia took the lead in the standings, with a time seven tenths faster than that of FP1. Prevalence of soft tires in this session, with some exceptions that opt ​​for a medium front (Petrucci) or rear (Viñales, Oliveira, Morbidelli, Quartararo, initially also Pol Espargaró).

In the second part of the session, others arrived close to the Ducati rider. To be precise we have Quartararo, Rins and Martín, who go under the wall of 1:54. Rossi saw his best lap canceled, both Nakagami and Marquez crashed. In the end, however, the Australian from Ducati shone, opening a trio in red completed by Bagnaia and Zarco. 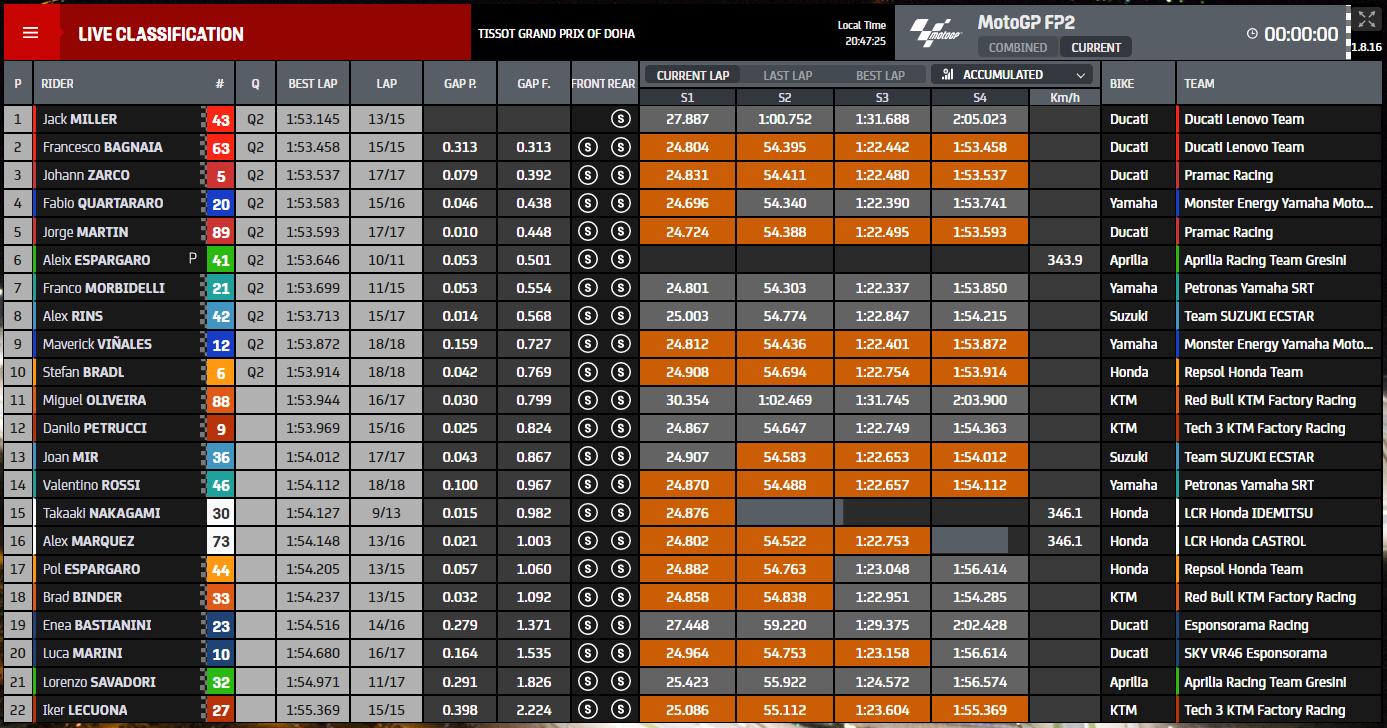 The same article, in Italian, on corsedimoto.com