MV Augusta is ready to get back into the World Championship thanks to its deal with the Forward Racing Team: here you are the first pics of the bike we’ll see next year.

In 2019 MV Augusta will be racing in the World Championship again, this time with the Forward Racing Team: the deal was announced months ago and now we finally got the first pics of their new bike. A great return that will make all the fans of the well-known Italian firm extremely happy. The company was founded in 1907 by Count Giovanni Augusta, originally an airplanes’ fan, who then moved to motorbikes at the end of World War 2 and created the brand MV (Meccaniche Veghera). His passion led to amazing results, mainly in the World Championships thanks to Giacomo Agostini, and his bikes are still in motorbike lovers’ hearts. 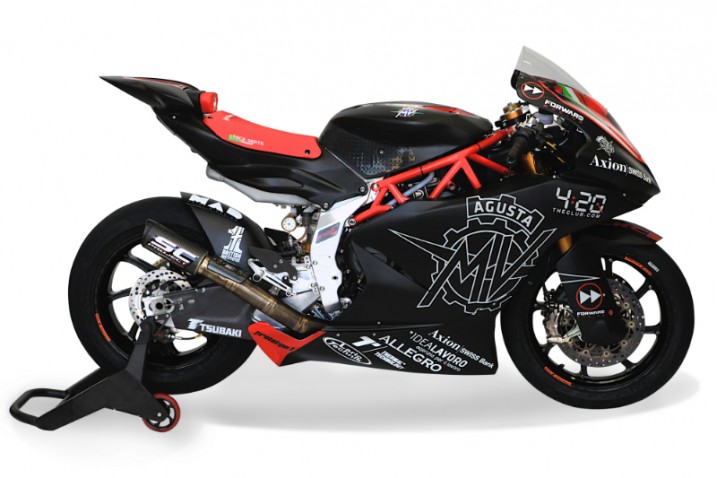 The history of the Forward Racing Team is much more recent: the team was born in 2009 thanks to Media Action and his CEO Giovanni Cuzari, together with Kawasaki’s infrastructures after they had officially withdrawn from the World Championship. They decided to work in the mid-category before debuting in MotoGP until they managed to win the World Championship in 2014 with Aleix Espargaró racing in the “Open” category. In 2016 the team focused on Moto2 only, but with one eye always open on the CEV Moto2 until they decided to go for it in 2017, with Tulovic and Fuligni. This year they are still racing in the mid-category but with Stefano Manzi and the current European Moto2 Champion Eric Granado. The deal between the Italian firm with the largest amount of World titles and the Forward Racing Team certainly has the ambitious project of writing a new chapter in the history of Motorbike Racing.

“I’m very proud of seeing my dream come true and the MV Agusta racing for the World Championship again” – said Giovanni Castiglioni, the current director of the historical, well-known firm after Cagiva acquired the company in 1992. “I just wanted to thank all our engineers, technicians, designer and the boys in the Forward Racing Team to make all of this possible in such a short time. Special thanks to Giovanni Cuzari, for supporting us and always pushing us to give our best. There is still a lot to do, but step by step we are creating a very competitive bike”. 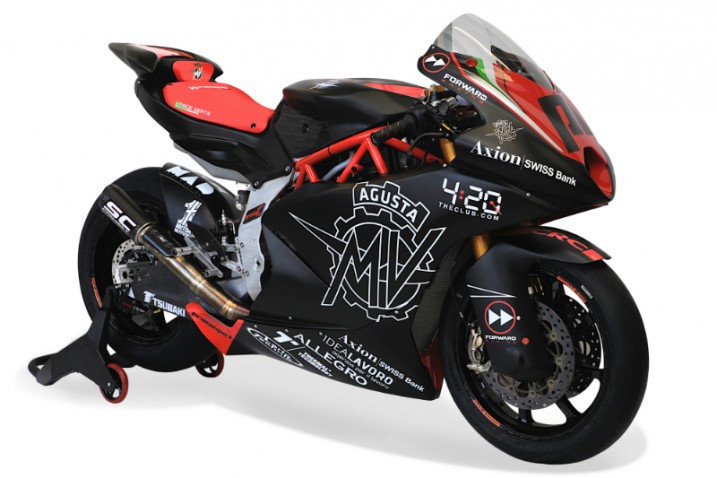 Giovanni Cuzari, the owner of the team, seemed particularly satisfied:“I have been chasing this dream since Claudio (Castiglioni) was here. I have been pushing to have the MV Agusta back in MotoGP for a long time, and when Giovanni took his dad’s place I always tried to give him all my support to make him believe in this ambitious project. I finally made it! 42 years later, we are taking the first step with the Moto2 prototype MV Agusta. I’m super excited, but I also know this is only the first step and the real work is waiting for us just behind the corner.”

“I was lucky enough to get to know the Castiglioni Research and Development Center, the true heart of MV Agusta, and now I know we are not missing a thing. The passion and the outstanding professional skills of Paolo Bianchi’s group together with my amazing team (I really want to personally thank all of them) is certainly the best mixture to obtain the best results. Today’s results are just a starting point to take this brand all the way up to the top. An additional thank goes to all who supported the project in different ways. Now it’s time for the chronometer to speak”. 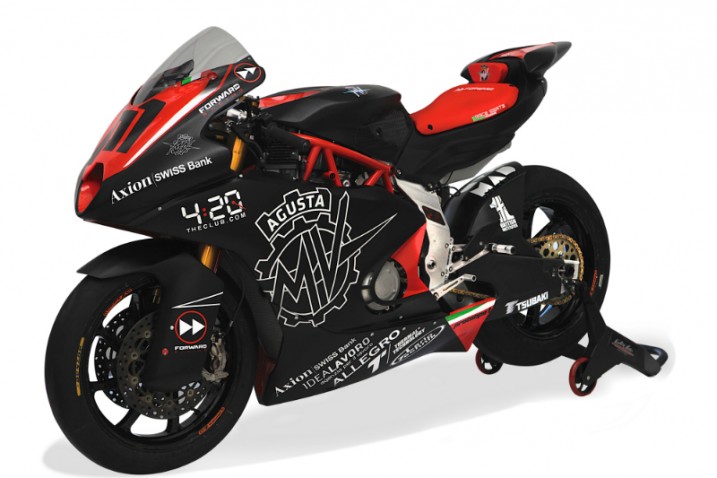 “We have been thinking about the World Championship for some years now” – concluded the project manager Brian Gillen – “and with 2019 changes in Moto2’s regulations we are finally given the chance to express all of our technical know-how, abilities we have been working on in the last 6 years in both SBK and Supersport. The Moto2 project is very ambitious, and we are using the best of our R&D resources and professional racing experience to build a completely new bike, different from all the others and able to live up to the standards for MV Agusta.”

Gresini Racing unveils their new liveries for Moto2 and Moto3