For the second time this season Marquez will kick off from the first place on the starting grid: right from the beginning, the Cervera rider showed his high-speed qualities, resisting also Sam Lowes’ final assault. The latter ended 2nd ahead of World Championship leader Mattia Pasini and Francesco Bagnaia.

Both EG 0,0 Marc VDS riders made a strong start, monopolizing the leading positions in the ranking for a few minutes until Pasini and Bagnaia joined the competition. We saw also a near-hit halfway through the session, starring the Italtrans rider and Binder on Turn 1, but with no serious consequences. Ten minutes before Qualifying ends, riders on the leading positions changed: Lowes temporarily took up the pole position, but it is just the beginning of the final battle for the best spots on the grid.

An unstoppable Alex Marquez started a series of quick laps that left him heading the ranking. He will start the race as the leading rider for the second time this season. Sam Lowes closely followed him, while Mattia Pasini arrived 3rd ahead of Francesco Bagnaia, who will be on the second row together with rookie Joan Mir and teammate Luca Marini. Xavi Vierge arrived 7th followed by Marcel Schrotter, Fabio Quartararo and Isaac Viñales (who saw his last lap time cancelled for falling off the track).

Miguel Oliveira’s positions let everyone shocked: he will be starting 12th on the grid. Here you are also the other Italians’ positions: Simone Corsi is 14th ahead of first-time Romano Fenati, Lorenzo Baldassarri is 17th, Andrea Locatelli 21st, Stefano Manzi 28th, and Federico Fuligni closed last. 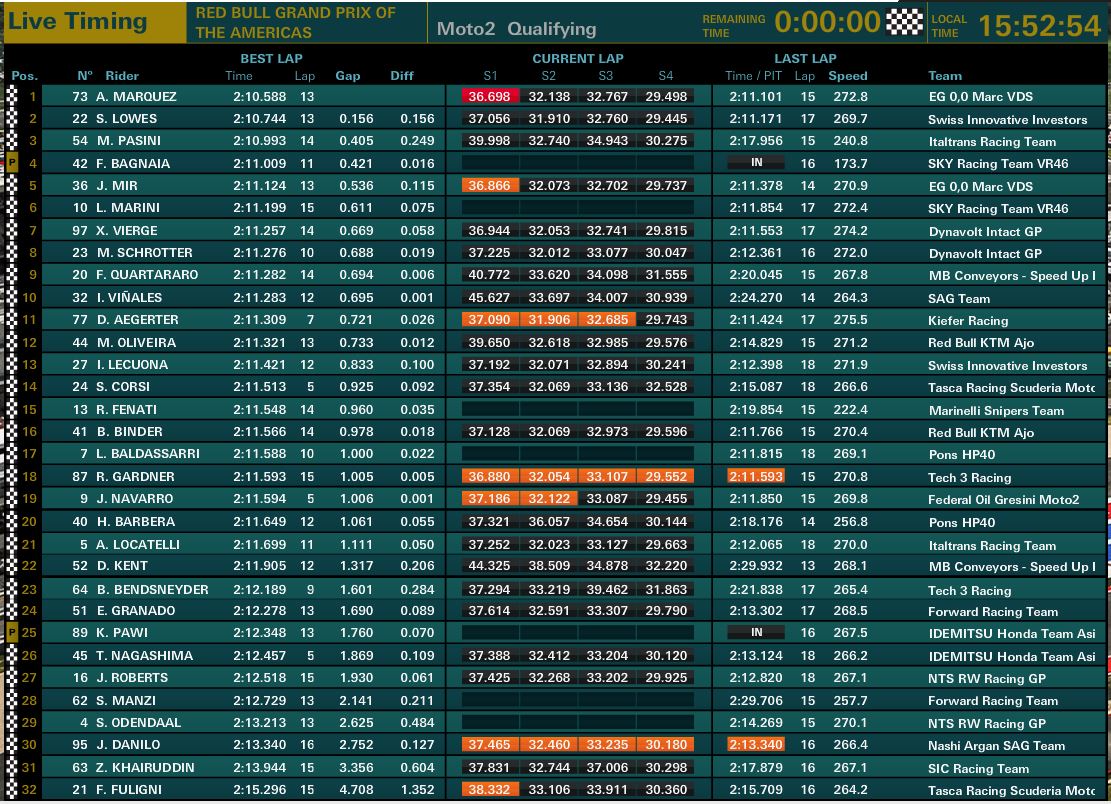