Alex Marquez, Luca Marini and Dominique Aegerter managed to conquer the first 3 positions in the ranking right before the rainstorm. Bagnaia is 7th.

The rain influenced this second round of FP, but Alex Marquez still managed to register the best time of the round (not of the day though, because it still belongs to Marcel Schrötter) right before the storm, winning the best position in the ranking. The same happened to Luca Marini, 2nd with a narrow 5 hundredth’s advantage over Dominique Aegerter. The current World Championship leader Francesco Bagnaia closed this FP2 on 7th.

The chance to race on a dry track ended very soon for the riders of the intermediate category: Marquez, Marini and Aegerter temporarily took the lead, but a large number of riders still needed to have their times registered when the rain started falling heavily forcing all riders to go back to their pit lanes. They could start racing again halfway through the round but this time the track was completely wet and it was impossible for them to improve the times registered in the first few minutes.

The round ended with no changes in the ranking. Alex Marquez got the 1st place, followed by Luca Marini and Dominique Aegerter. Fabio Quartararo registered a 4th-place time ahead of Tetsuta Nagashima and Remy Gardner. Francesco Bagnaia finished 7th followed by Iker Lecuona, Brad Binder, and Stefano Manzi. Lorenzo Baldassarri, Mattia Pasini and many others registered very slow times as they could only race after the rain. 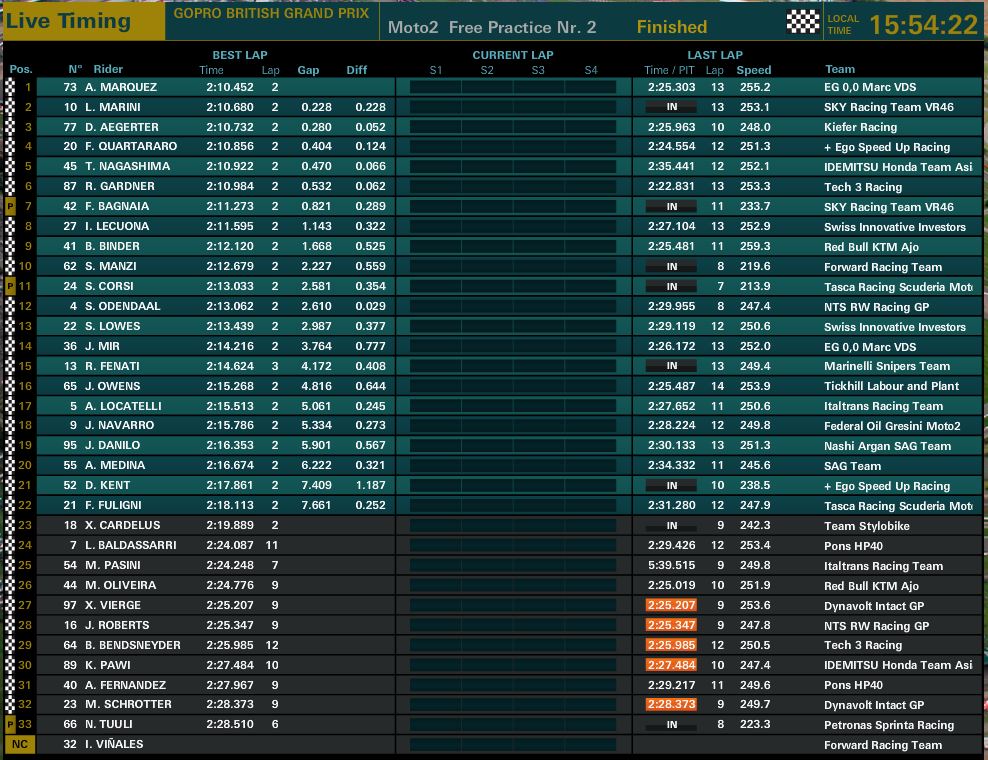