The best in the morning, and the quickest also in FP2: Mattia Pasini makes the best out of his debut at the Chang International Circuit, registering the best absolute time of this Friday. The second round ends with Francesco Bagnaia 2nd and Alex Marquez 3rd, followed by Lorenzo Baldassarri and Luca Marini.

This session gave us an interesting duel between the two rivals for the Championship, Francesco Bagnaia and Miguel Oliveira. Just behind them for a while, there was Luca Marini, the recent Aragón winner Brad Binder and Alex Marquez. Lecuona crashed on Turn 12 but suffered no injuries. Likewise, Edgar Pons (at his first GP with Speed Up Racing) slipped on Turn 7.

In the second half of the round and in the last few minutes, in particular, the ranking changed considerably: eventually, Mattia Pasini managed to improve his FP1 time and closed the round 1st, followed by Francesco Bagnaia and Alex Marquez, who divided an all-Italian group and managed to close ahead of Lorenzo Baldassarri and Luca Marini.

Augusto Fernández got the 6th place ahead of Brad Binder and Miguel Oliveira, while Marcel Schrötter and Fabio Quartararo (who had to push his bike back to the pit lane after it stopped due to a technical issues) took up the rest of the top 10. 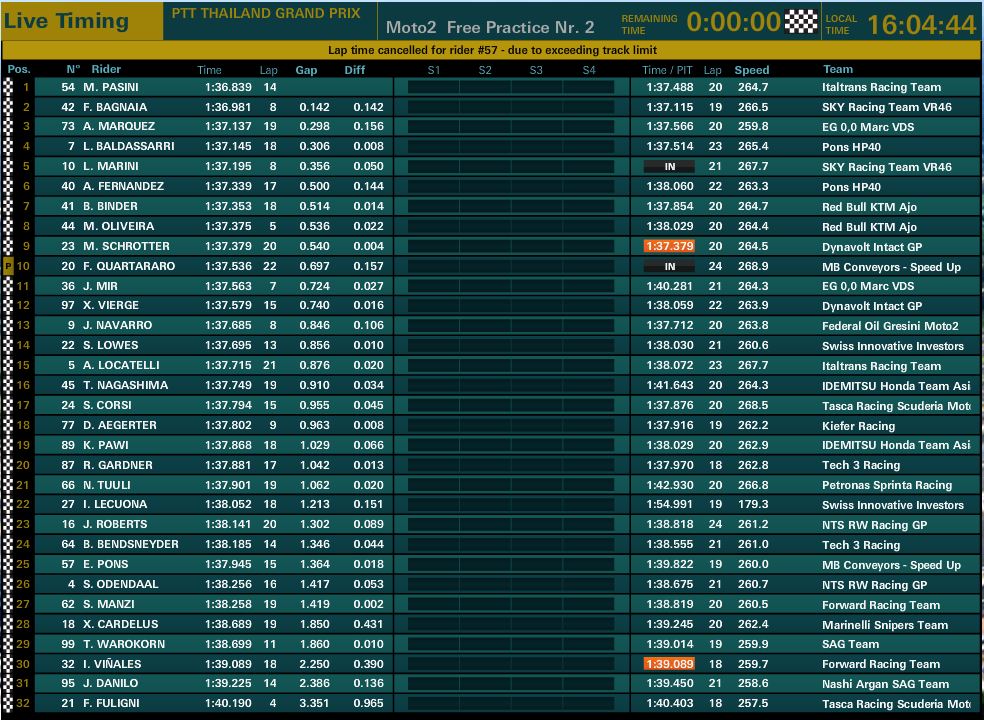