Alonso López registered the best absolute time on this Friday’s FP2, closing ahead of Marco Bezzecchi and Fabio Di Giannantonio.

A rainy second round of FP with Alonso López showing off in this difficult conditions: the rookie of the Estrella Galicia 0,0 team registered the best absolute time of the session and also the day. Just behind him in the ranking there are Marco Bezzecchi (who even slipped at the end of the round) and Fabio Di Giannantonio. World Champion Jorge Martín is 6th.

The situation on track didn’t improve much compared to FP1 and the young Moto3 riders found themselves racing under the rain again. The first crash happened just a few laps after the beginning of the round, and it was that of the young Malese rider Ikmal (substituting for Norrodin), luckily with no serious consequences. Bezzecchi soon took the lead, managing to maintain his top position for a long time ahead of López and Fernández. Can Öncü suffered a crash too, but he managed to get on his bike again and continued his FP2 with no further problems. The same can’t be said of other riders, who had to walk back to their pit lanes.

Many changes took place right before the end of the session: eventually, Alonso López took the lead ahead of Marco Bezzecchi (who slipped during the very last, quick lap) and Fabio Di Giannantonio. Tatsuki Suzuki finished 4th followed by Lorenzo Dalla Porta, Jorge Martín and Andrea Migno. Can Öncü, Niccolò Antonelli and Enea Bastianini took up the last three positions in the top 10. 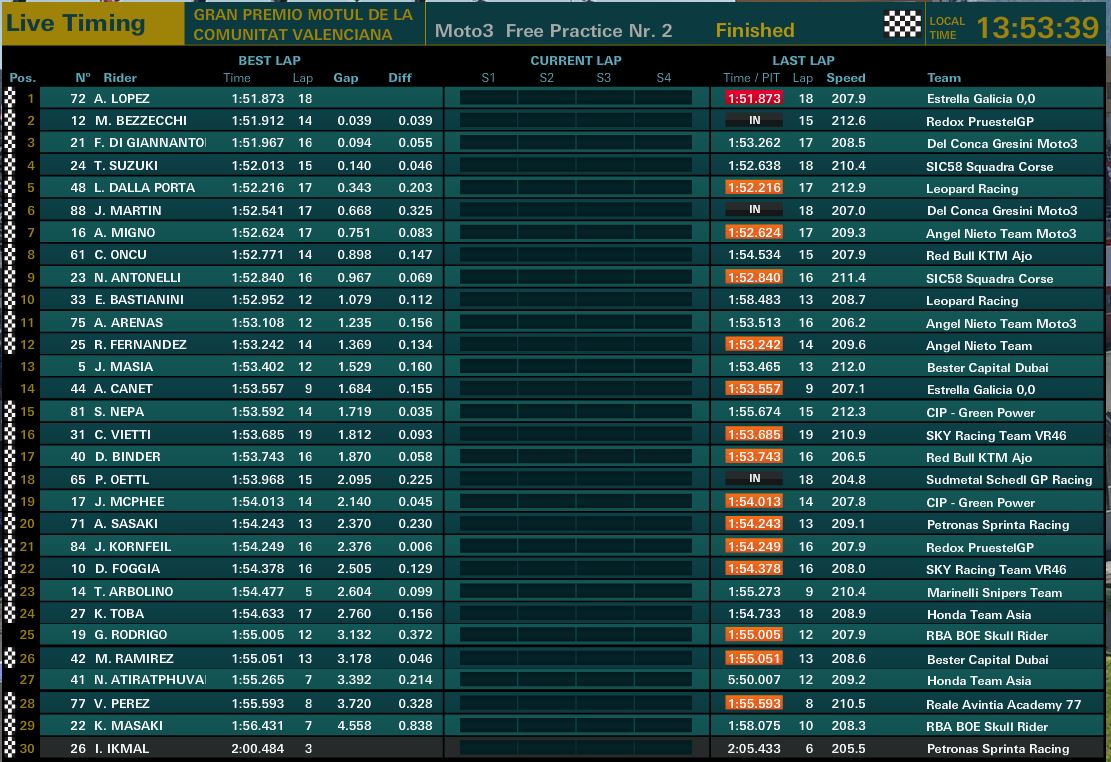