The second round of FP ended with the current World Champion Marc Marquez taking the lead despite the heavy rain, ahead of Scott Redding and Ducati riders Petrucci, Lorenzo, and Dovizioso. The latter had just registered the best time this morning during FP1. Rossi took up the last position in the top 10 and he really needs some good weather tomorrow because right now, considering the combined ranking, he can’t access directly at Q2.

The beginning of the round had to be postponed due to the heavy rain and it eventually started on a very wet track. Rins, Zarco, and Redding took the track first, soon after followed by all the others (all riders with two soft rain tyres, except for Espargaró who decided to use a medium in front). Due to the circuit’s conditions, times were much slower than usual and therefore they didn’t change the temporary combined ranking, based on the times registered in the morning session on dry track.

Eventually, Marc Marquez took the lead of this ranking, closely followed by Scott Redding (Aprilia Racing) and Ducati riders Danilo Petrucci, Jorge Lorenzo and Andrea Dovizioso. Bradley Smith got the 6th place ahead of Alex Rins and Jack Miller, while Cal Crutchlow and Valentino Rossi took up the last two positions in the top 10. 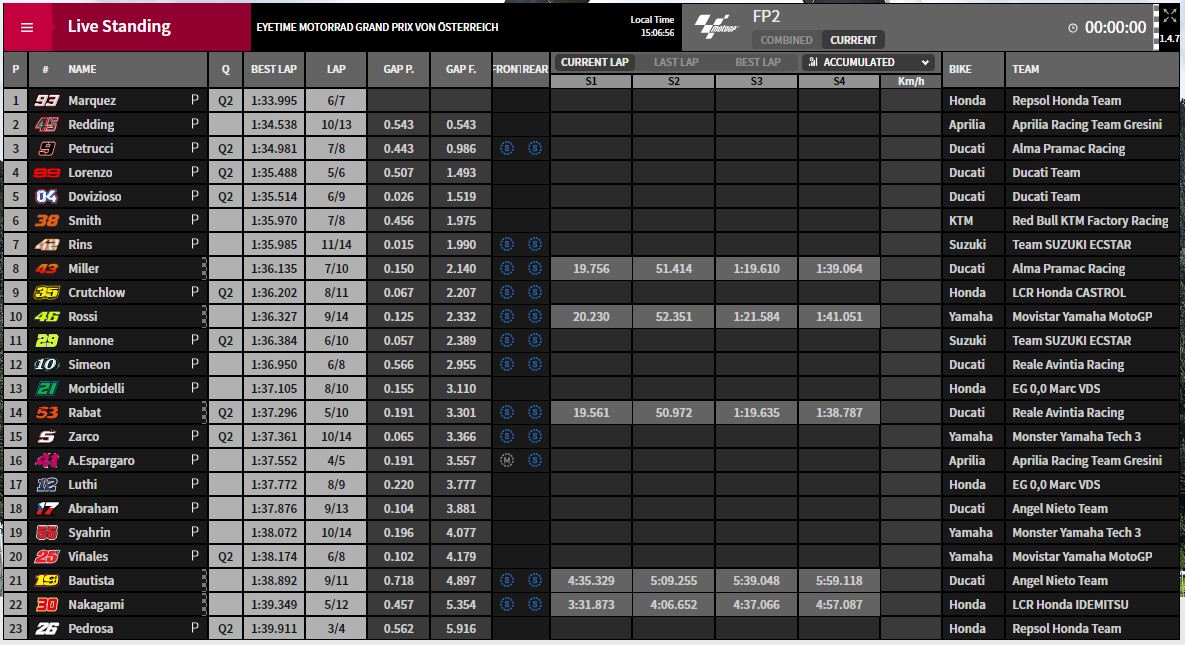