With this words, HRC announced officially a two-year deal with Jorge Lorenzo, who will leave Ducati Team at the end of the season.

Honda Racing Corporation is pleased to announce the signing of three-times MotoGP World Champion Jorge Lorenzo. The Spanish rider will join the Repsol Honda Team for the next two years. From 2019, Lorenzo will become teammate to four-times MotoGP World Champion Marc Marquez: two great champions with great talent and high hopes that will make a stronger team and contribute to the development of HRC. 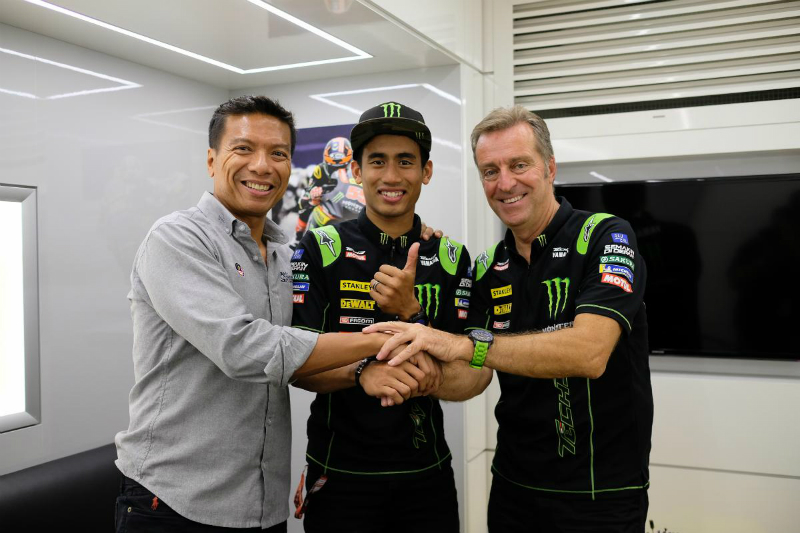 Hafizh Syahrin to stay one year more in Tech3

Hafizh Syahrin will open a new chapter together with Tech3 in 2019. Following his late call to MotoGP this year, the Malaysian youngster delivered an outstanding rookie performance, collecting points from his first ever race in the premier class and showing an extraordinary learning curve. Yet, the 24-year old very talented rider and Tech3 are happy to continue their collaboration with high motivation and ambitious objectives.

Hafizh Syahrin: “It’s hard for me to say and to believe. First of all, I have to say thank you very much to Hervé for trusting in me and giving me this opportunity to stay with the Tech3 family and at the same time to join the KTM family. I also have to express a huge thank you to my manager Dato’ Razlan, who helped me to achieve this dream arriving in the MotoGP class, plus thank you to KTM for believing in Hervé and in me. I will work hard for 2019 and I’ll be better prepared, as this is not as surprising as this season. I’m incredibly happy to get this chance, I even feel close to cry for joy.”

Hervé Poncharal – Team Manager: “Today is a very special day for me and for the whole Tech3 team! Since Hafizh jumped on our MotoGP bike, it’s been like a dream, every single day, because he’s a lot faster than some people were thinking and we’ve been very proud of what he did. I know it was a great achievement for a Malaysian rider to be the first one of his country arriving in the MotoGP class, for his first ever MotoGP race, he scored points and since that day he has been consistently battling for the top rookie spot and apart from that, Hafizh is a very special character. Clearly, for us all to move to our new project with KTM, where we have the insurance that the four KTM on the grid in 2019 will be the same evolution, it’s going to be a massive boost for Hafizh. He will be on the same machine like Miguel Oliveira, Johann Zarco and Pol Espargaro and this is a great challenge. I think we got the best rider, we could have picked for our 2019 line-up and I’m quite sure that Miguel Oliveira and Hafizh Syahrin will be a strong package of new talented and ambitious riders.” 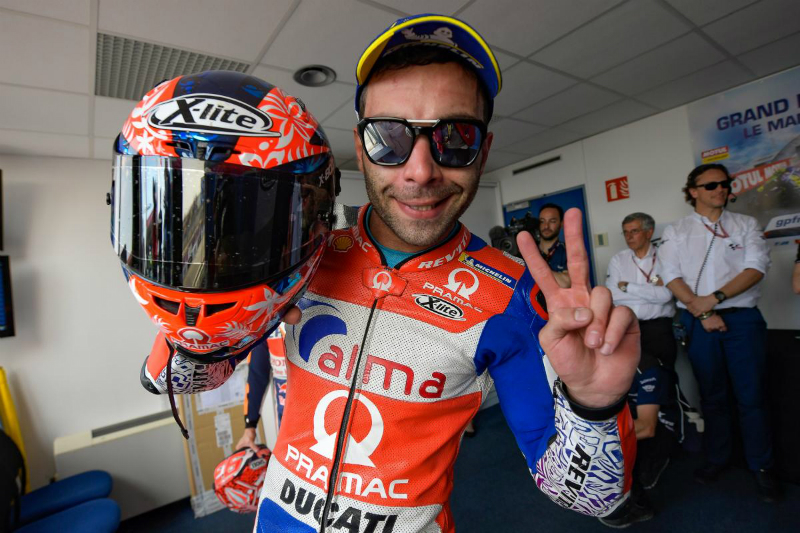 Ducati has officially confirmed Danilo Petrucci will step up to the factory squad to replace Jorge Lorenzo for 2019. Petrucci has been selected as the rider to join Andrea Dovizioso at the factory squad from 2019 on what is expected to be a one-year deal.

“Being part of the factory team is a dream come true,” Petrucci said. “It’s a great honour to become an official rider for the Ducati Team, especially for someone like me who started in Ducati as a production motorcycle test rider. I would like to thank Paolo Campinoti and Francesco Guidotti, who gave me the chance four years ago to race on a Ducati for the Pramac Racing Team. Without them all this would not have been possible. I also want to thank the managers of Ducati and Ducati Corse – Claudio Domenicali, Gigi Dall’Igna and Paolo Ciabatti – who appreciated me first as a person and then as a rider and I really can’t wait to start this new adventure in the factory team. Now all I want to do is to finish the year in the top five in the standings and then start the new season with the Ducati Team.”

“I’d like to thank Jorge Lorenzo for all the efforts and commitment that he has made during his time as a Ducati rider and in particular for his outstanding victory last Sunday at Mugello,” said Claudio Domenicali, Ducati CEO. “It will go down in history as one of our company’s legendary racing achievements. Jorge is a great champion, capable of incredible feats, and even though it is sad that he took such a long time to find the right feeling with our bike, we will continue to do everything possible to put him in a position to achieve further victories in the remaining rounds of the season and fight for the world title together with his team-mate Andrea Dovizioso. I also wish to give a warm welcome to Danilo, whom we look forward to seeing in Ducati team colours next year. Together with Andrea, and who we feel sure will continue his rapid rise to success.”

MotoGP, top speed is not enough: Fabio Quartararo at -10 km/h from Ducati