Kawasaki  rider Jonathan Rea followed up on his Superpole qualifying success today with his first race win of the 2018 WorldSBK Championship season, securing a margin of victory of 1.5 seconds after 20 intense laps. Tom Sykes (KRT) was in a leading position early in the race but finished sixth today, after experiencing issues under braking.

After Rea had qualified on pole with a new track best earlier today, and Sykes was just 0.003 seconds behind in second place on the grid, the two KRT riders battled it out in the early laps. Sykes was first over the line in the first two laps, then Rea took a lead that was not to be threatened after his team-mate began to drop back slowly.

After some very close qualifying sessions, and knowing that many riders expected to have strong race pace today, Rea had initially intended to stay part of the main group to see where his main competition would come from. Seeing Sykes drop back after a few laps Rea pushed on out front and took a comfortable lead, surviving one moment of tension when he ran wide. He recovered his pace to win by 1.550 seconds, from independent rider, Xavi Fores. This was Jonathan’s 40th race win in WorldSBK for Kawasaki, and the first since new regulations came in to limit Kawasaki to a lower maximum rev ceiling than any of their four-cylinder rivals. In the championship, after three races, Rea is second overall on 56 points

“There was a little bit of joy and relief in winning today” said Jonathan Rea. “In Phillip Island, at the first round, mentally I was a little bit battered after I experienced sickness, injury and a really tough race one. So it was relief and joy to win today. My strategy was to sit in the group because I could see how many people would be fast, but I saw that Tom was just struggling a little bit, and I threw the plan out of the window. I led by myself, setting my own rhythm. That was really difficult, especially in the heat, with no reference out in front. The lap times stayed very consistent and that was enough to maintain the gap. I made a huge mistake in T3 at one point and lost a lot of my lead, so I had to work again. I put my head down for a few laps and managed things from there. I am excited now for tomorrow.” 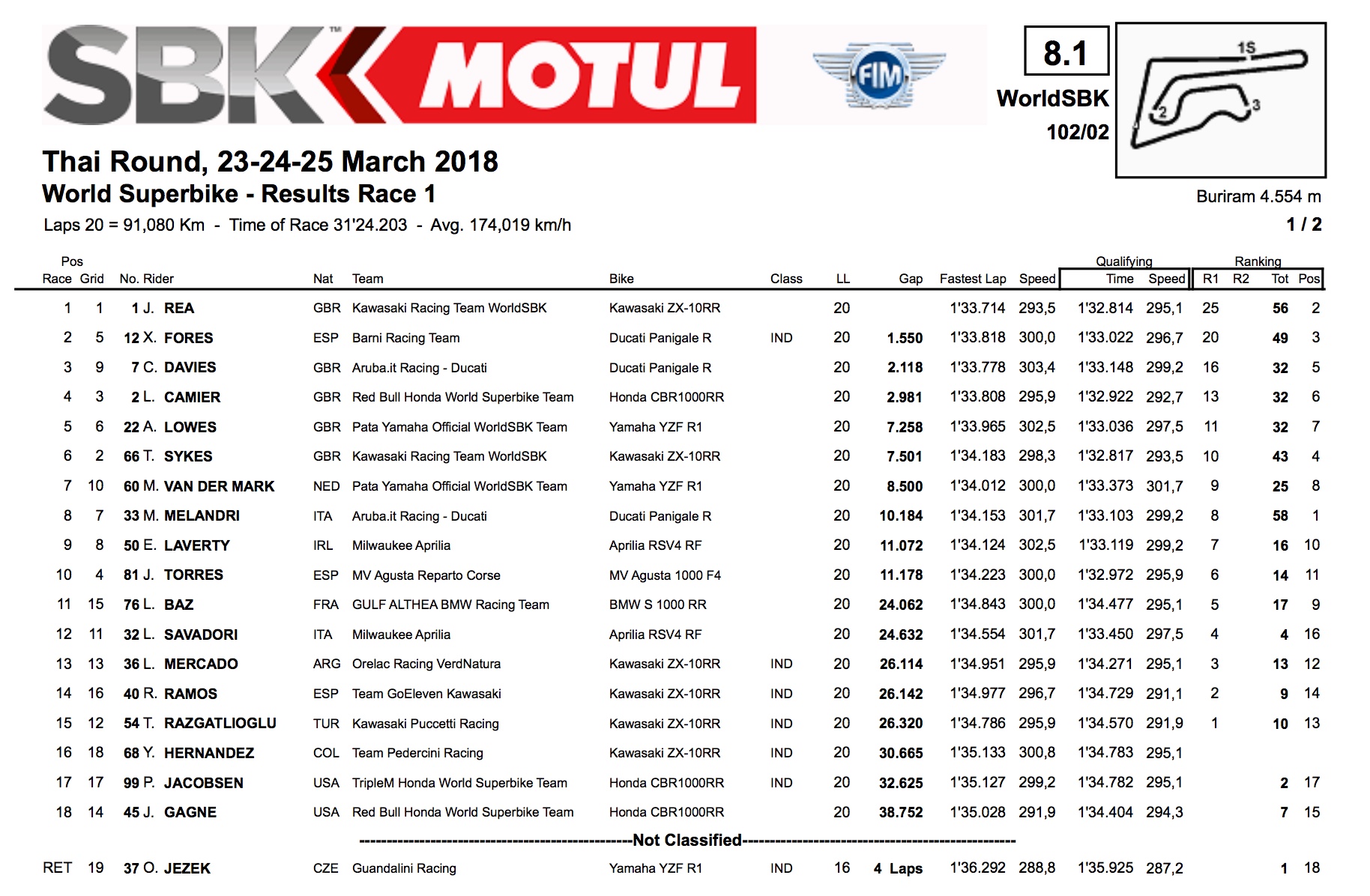